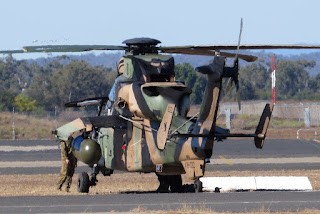 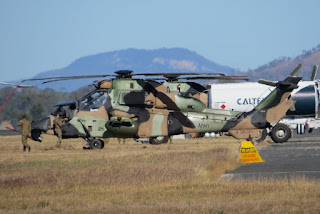 After taking on fuel, both Tigers departed to The Glen Airfield which is believed to be within the Shoalwater Bay Training Area (SWBTA). 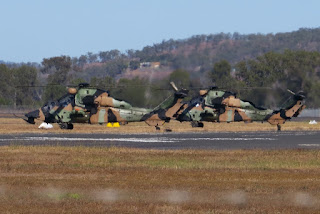 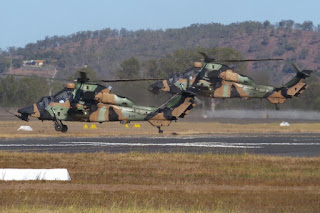 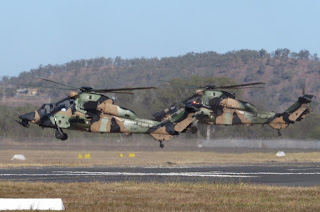 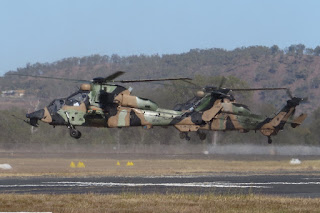 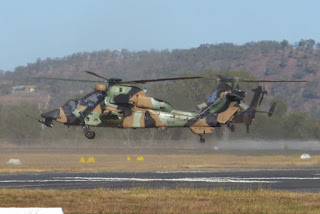 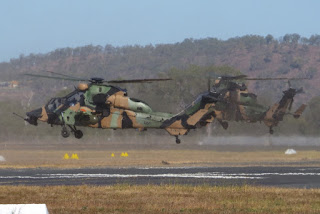 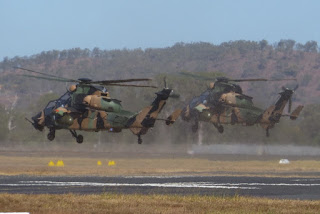 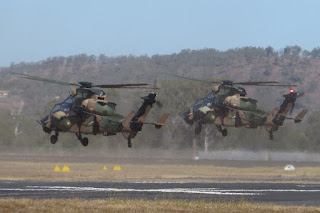 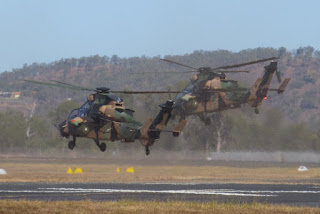 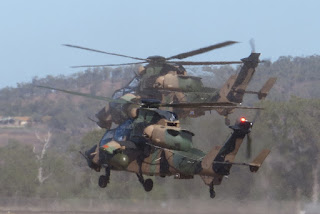 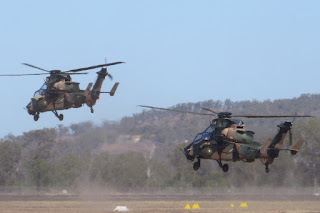 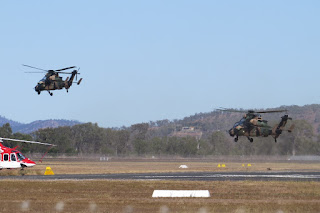 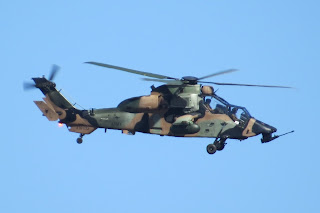 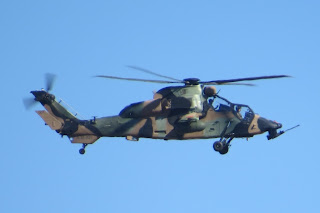 Then later on Thursday 7 June, both Tigers were again spotted arriving back into Rockhampton Airport from Shoalwater Bay. 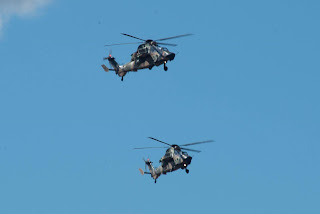 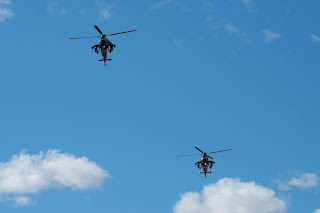 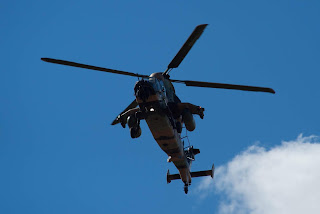 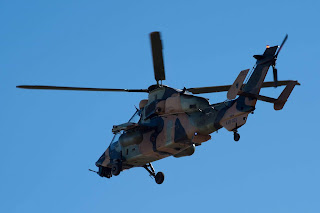 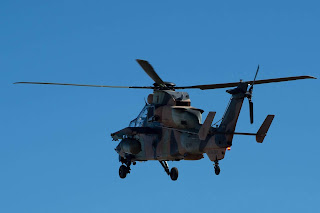 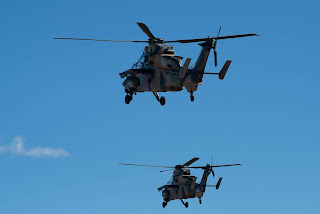 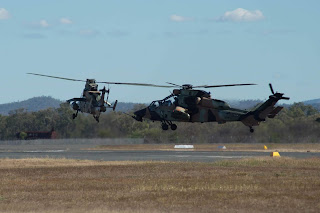 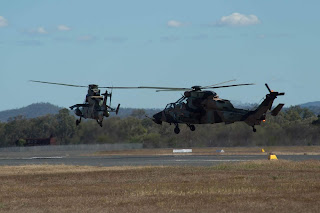 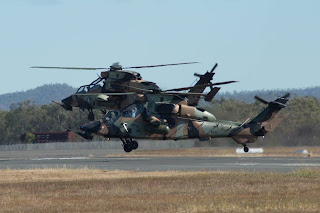 UPDATE!  Later on Thursday 7 June, Australian Army NH Industries MRH-90 Multi-Role Helicopter A40-014 was noted visiting Rockhampton Airport, flying from and back to the Oakey Army Aviation Centre as "Saxon 87", presumably to complete repairs on the broken down Tiger.

UPDATE!  During the morning on Friday 8 June, the remaining unidentified ARH Tiger departed Rockhampton Airport for Oakey as "Monarch 9".

Meanwhile, as the photos above show, CHC Helicopters Australia / Lloyd Helicopters Agusta AW139 helicopter VH-SYJ was still parked at Rockhampton Airport early on Thursday 7 June.  In the early afternoon, VH-SYJ was then heard departing Rocky for Camp Growl which is also believed to be within the Shoalwater Bay Training Area. 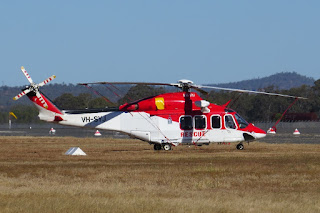 It departed using the same radio callsign of "Choppa 32" that it has been using during its other recent flights around Rockhampton Airport.