On Monday 18 June, as Exercise Hamel 2018 is now in full swing, there was certainly a unique sight and sound over Rockhampton with Australian Army NH Industries MRH-90 Multi-Role Helicopter A40-020 spotted completing airwork at the Rockhampton Base Hospital. 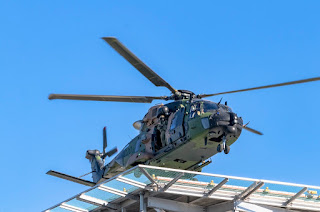 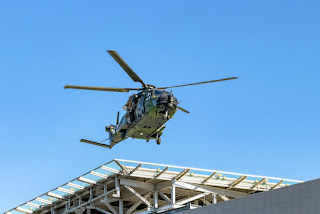 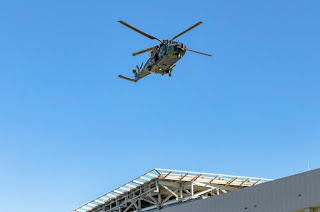 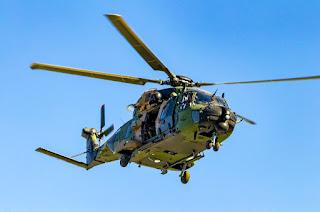 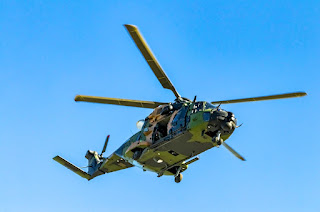 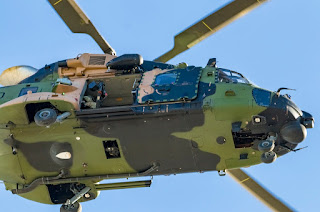 The MRH-90 was heard using the radio callsign of "Hustler 12" and completed a 45-minute exercise which included several landings and take-offs from the Hospitals roof-top heli-pad. 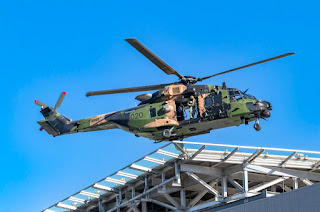 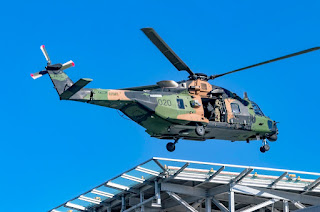 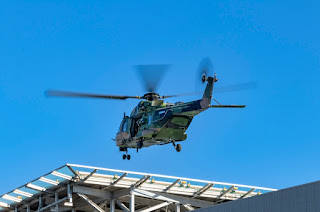 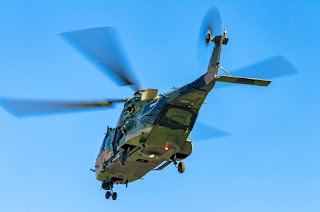 A40-020 was noted flying in from and then back to the Shoalwater Bay Training Area (SWBTA).

Meanwhile, other helicopter movements in association with Exercise Hamel in and out of Rockhampton Airport on Monday 18 June included a flight of one Australian Army MRH-90 helicopter accompanied by a pair of Australian Army Eurocopter (ARH) Tiger Armed Reconnaissance Helicopters.  The unidentified choppers arrived into Rockhampton Airport from Shoalwater Bay in formation as "Warhorse-Angry Combined".  After dropping off some passengers, they returned to the Bay again in formation.

And finally becoming a daily occurrence, Royal Australian Navy (RAN) NH Industries MRH-90 Multi-Role Helicopter A40-043 was noted flying in and out of Rockhampton Airport between Shoalwater Bay and HMAS Canberra several times during Monday 18 June again as "Poseidon 43". 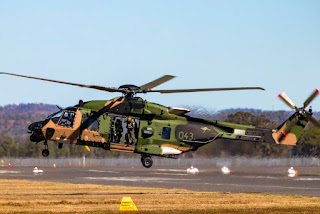 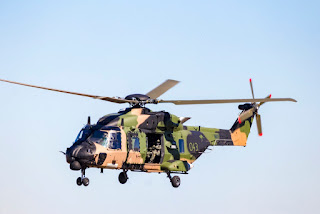 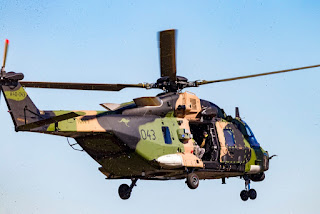 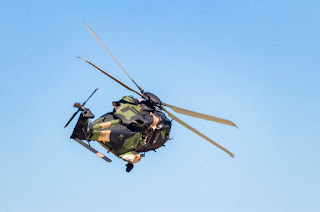 Sincere thanks to local plane spotter Russell P for again allowing us to share his awesome photos!

All photos taken by Russell Prothero  ©
Posted by Damian F at 8:44 PM