On Thursday 21 June, Royal Australian Air Force (RAAF) Search and Rescue (SAR) Sikorsky S-76A helicopter VH-HRP was noted flying South from Townsville via Mackay and Gladstone Airports.  It was heard to be using the radio callsign of "Choppa 22". 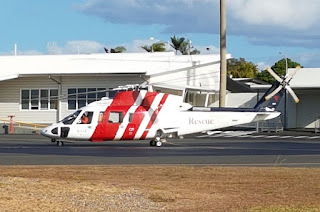 It was spotted on the ground at Gladstone Airport and later departing to Toowoomba where it looked to be spending the night. 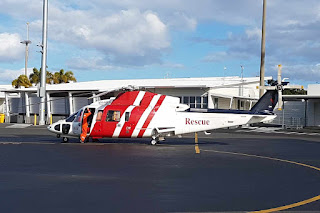 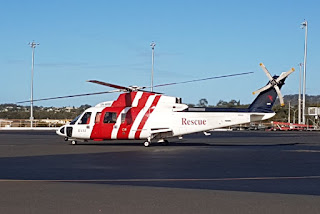 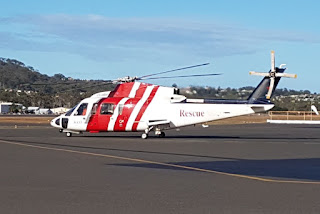 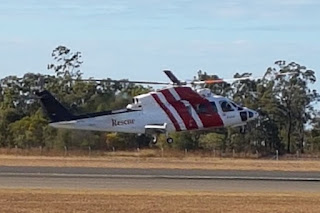 On Friday 22 June, VH-HRP "Choppa 22" was due to continue to Armidale and then RAAF Base Williamtown (Newcastle).

VH-HRP "Choppa 22" has been in Townsville in recent weeks where it participated in the RAAF's Exercise High Sierra - the final training exercise for pilots graduating from Number 2 Operational Conversion Unit. No. 2OCU Squadron which operates out of Williamtown.


The Exercise finished this week and featured a mass departure of RAAF McDonnell Douglas F/A-18A/B Classic Hornet and British Aerospace (BAe) Hawk 127 jet aircraft from Townsville earlier on Thursday 21 June.  They were heard refuelling with RAAF Airbus A330-203 / KC-30A (MRTT) A39-005 "Dragon 38" over inland Central Queensland as they flew South to Williamtown.