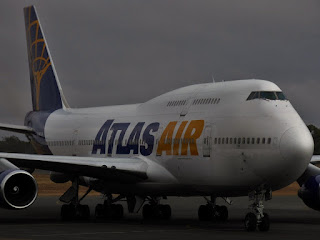 Like its previous arrival over the weekend, many local plane spotters were on hand at Rockhampton Airport as the jumbo jet made a smoky but very quiet landing on Rocky's Runway 15. 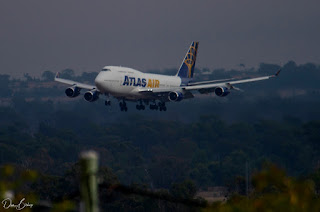 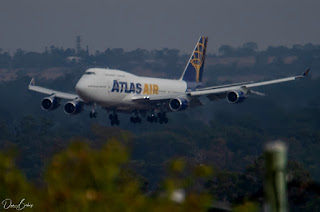 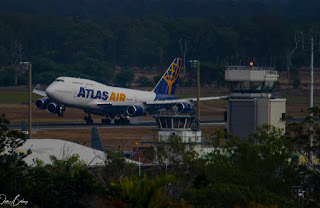 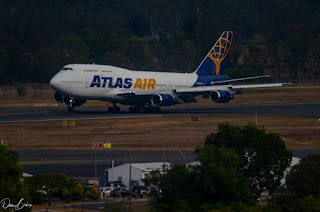 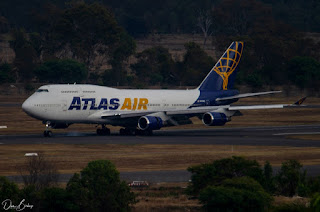 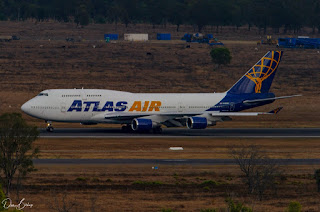 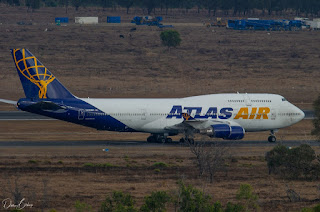 After landing, N464MC taxied in and parked on Gate 6 on the Southern end of the Rockhampton Airport parking apron. 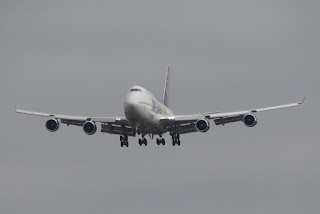 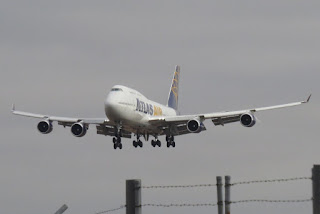 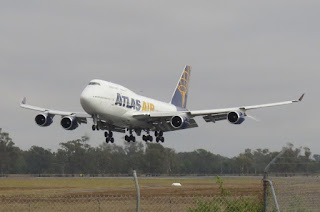 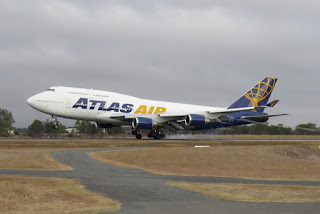 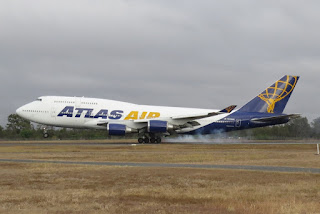 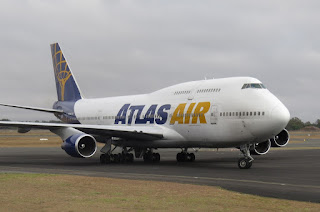 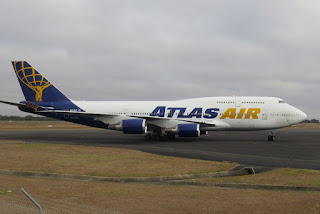 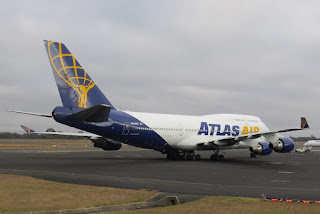 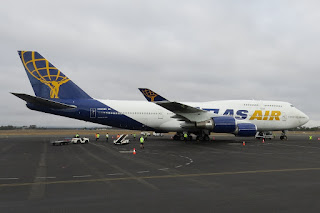 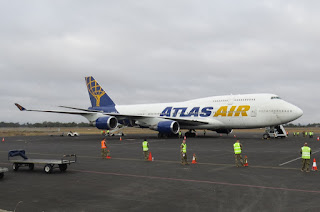 The jumbo jet looked to again unload a full load of personnel and their bags and equipment.  I presume that like the previous arrival, the personnel are of the 76th Infantry Brigade Combat Team ("Night Hawks") of the United States Army National Guard based in Indiana.

The American troops are in town to participate in the upcoming joint Military Exercise Hamel 2018 which will soon get underway in the Shoalwater Bay Training Area (SWBTA).

After spending the day parked, at the time of writing, N464MC was due to depart Rockhampton Airport, once again bound for Daniel K. Inouye International Airport (Honolulu), but as GTI8361 "Giant 8361".

Sincere thanks to local plane spotters Jaxson W, Daniel B and 'IAD' for taking the time to capture and send through these great photos of the Atlas Air jumbo!