On Wednesday 27 June, a nice surprise with Australian Army NH Industries MRH-90 Multi-Role Helicopter A40-020 landing at the Rockhampton Grammar School.  It flew in from the Shoalwater Bay Training Area (SWBTA) and was heard to use the radio callsign of "Warhorse 11". 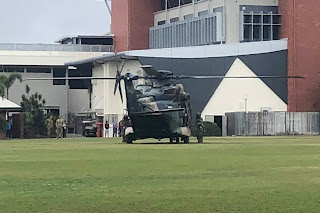 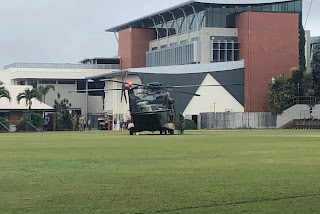 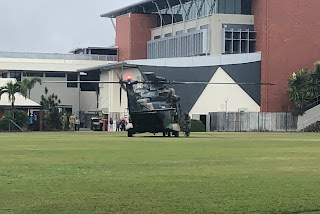 It had earlier completed a flight in and out of Rockhampton Airport and landed at the Grammar School as a part of a career expo being hosted for the students.  After its duties were complete, A40-020 returned to Shoalwater Bay. 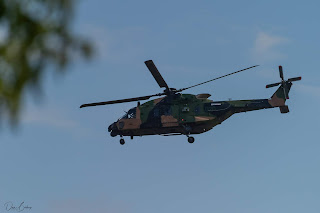 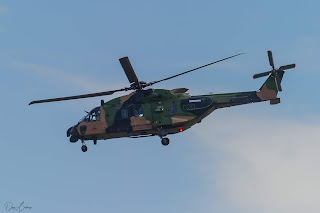 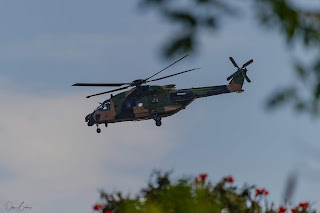 It was also reported that one of the crew members on the MRH-90 also happened to be a past-student of the school and remembers when an Army helicopter also landed there when he was in Grade 12!

Thanks to local plane spotter Daniel B who was at the right place at the right time and captured these great photos!

All photos taken by Daniel Bishop  ©
Posted by Damian F at 8:51 PM