As we have reported below, elements of the Australian Army and the Royal Australian Navy (RAN) have been completing training drills around Bowen, including amphibious landings on the nearby Bowen beachfront, all as a part of the RAN's Exercise Sea Explorer 2018.  The Royal Australian Navy (RAN) Canberra-class landing helicopter dock (LHD) ship aptly named HMAS Canberra (III) remains in waters off Bowen and is the centre-piece of the Exercise.

And on Wednesday 6 June, local plane spotter James K was back at Bowen Airport as Australian Army Boeing CH-47F 'Foxtrot' Chinook helicopter A15-306 completed was appeared to be a sling-load of supplies out to HMAS Canberra. 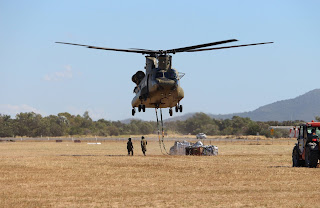 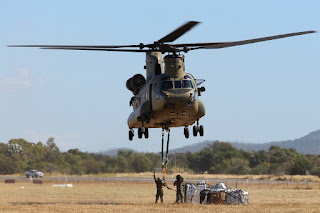 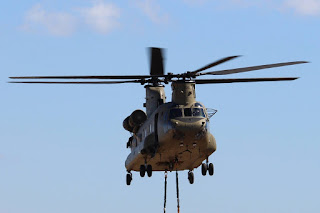 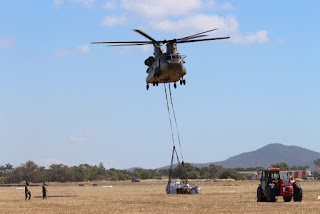 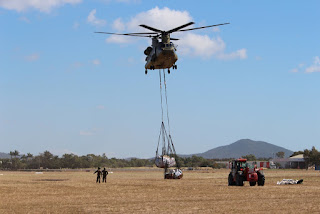 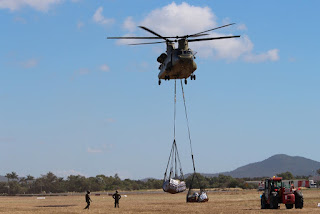 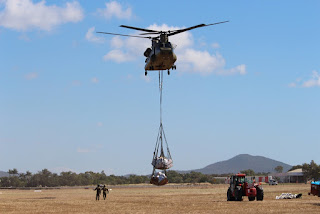 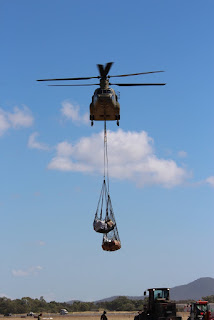 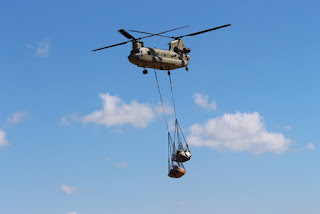 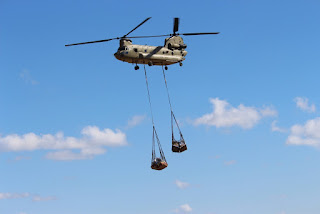 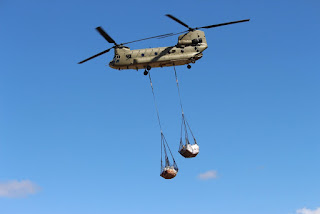 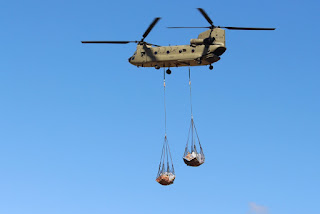 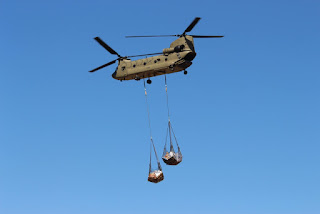 The HMAS Canberra (III) (L02) is the lead ship of the Canberra-class landing helicopter dock (LHD) ships in service with the Royal Australian Navy.  It is described as the current flagship of the RAN fleet. 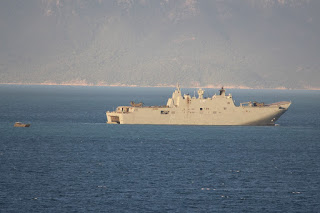 Finally, also on Wednesday 6 June, Australian Army NH Industries MRH-90 Multi-Role Helicopters A40-041 and A40-008 were also spotted flying around Bowen once again. 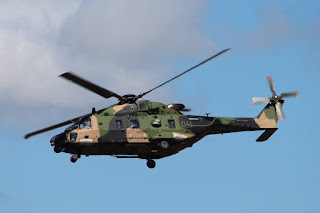 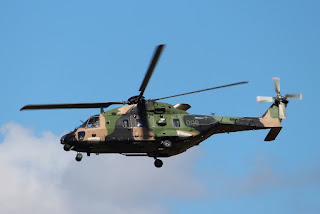 Some more great photos and we again sincerely thank James for taking the time to capture and send then through!