On Friday 1 June, the Queensland Government Airwing (State of Queensland) Raytheon B300 Super King Air VH-SGQ was spotted at Bowen Airport.  It appears to have arrived from Emerald Airport after it flew there from Brisbane the previous day on Thursday 31 May. 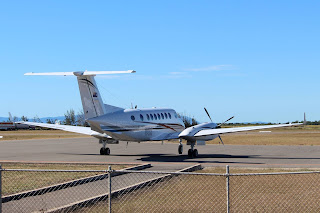 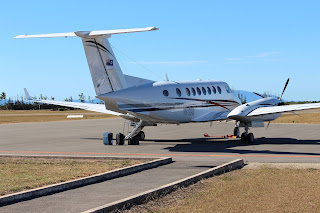 On Saturday 2 June, VH-SGQ was noted returning to Brisbane.

Meanwhile, also spotted at Bowen Airport on Friday 1 June, was Pacific Aerospace PAC750XL VH-ZVM which currently operates as a skydiving platform for 'Skydive the Whitsundays'. 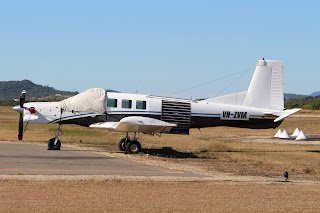 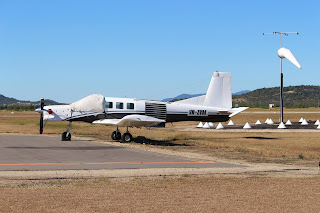 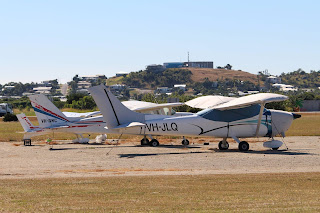 Finally, on Thursday 31 May, a trio of nice helicopters were spotted parked at the front beach at Bowen with the occupants reportedly popping over to the Grandview Hotel for lunch!  They were identified as Lake Macquarie Helicopter (New South Wales) Eurocopter AS.350B2 VH-ICM, Victoria-based Robinson R44 II VH-TWS and Gold Coast-based Aerospatiale AS.350BA VH-XLM. 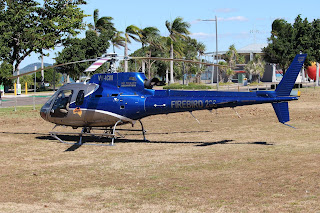 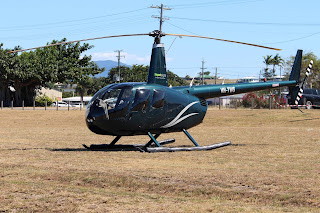 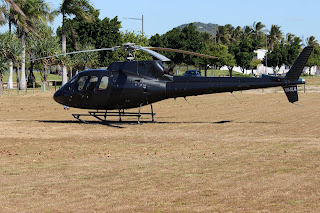 Sincere thanks to local plane spotter James K for taking the time to capture and send through these great photos!