On Saturday 30 June, the pack-up continued as the joint Military Exercise Hamel 2018 began wrapping up and at Rockhampton Airport, there was another pair of nice Royal Australian Air Force (RAAF) transport aircraft that called in. 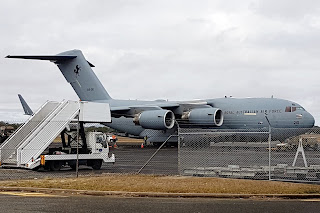 During the morning, (RAAF) Boeing C-17A Globemaster III A41-210 made a surprise arrival, coming up from RAAF Base Amberley as "Stallion 42".  After loading some equipment, it departed to RAAF Base Edinburgh in South Australia. 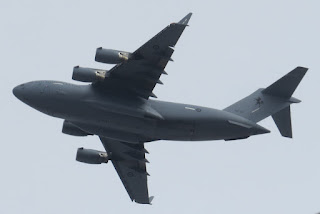 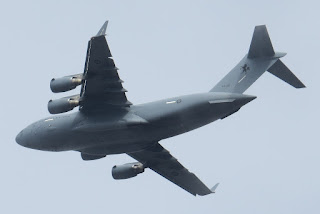 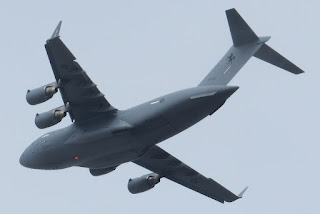 A little later on Saturday 30 June, RAAF Lockheed C-130J-30 Hercules transport aircraft A97-441 was noted also visitng Rockhampton Airport.  It arrived from and then later departed back to RAAF Base Richmond.  A97-441 was noted using the radio callsign of "Trojan 76".

Finally, the United States Marine Corps (USMC) Lockheed KC-130J Hercules refuelling aircraft 166763 was heard possibly flying through Central Queensland airspace once again.  It's exact movements are not known but it could have possibly been involved with return to Darwin of the USMC Bell Boeing MV-22B Osprey tilt-rotor aircraft following their deployment to Townsville to participate in Exercise Hamel 2018.  The Herc continues to use the radio callsign of "Sumo 55".