A nice pair of ultralight aircraft were spotted at Rockhampton Airport on Thursday 21 June with Soar Aviation (Melbourne) BRM Aero Bristell NG-5s VH-YVX and VH-YUV arriving together from Cairns. 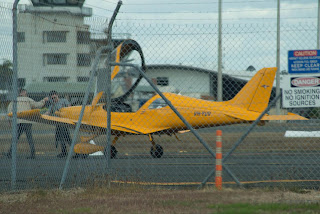 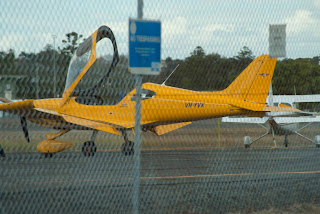 Flight tracking websites suggest the two Bristells have been on a big adventure up and down the East Coast of Australia with it appearing they departed their Melbourne (Moorabbin) base on Monday 18 June for Bourke (New South Wales) before continuing further North to Cairns including calling into Aramac.

After taking on fuel, the Bristells departed Rockhampton Airport Orchid Beach (Fraser Island) where they are planned to stay for the night.  It appears that they will be returning to Moorabbin by the weekend.

Of interest, Soar Aviation operates flight training out of Melbourne (Moorabbin) and Bendigo Airports, along with Bankstown Airport in Sydney.  They operate a mixed fleet of light and ultralight General Aviation (GA) aircraft.  See more at:  https://soar.edu.au/

Meanwhile, The BRM Aero Bristell NG-5 is a Czech designed low-wing, two-seat in side-by-side configuration, single engine in tractor configuration, ultralight and light-sport aircraft that was designed by Milan Bristela and is produced by BRM Aero. The aircraft is supplied as a complete ready-to-fly aircraft.  See more at:  https://www.bristell.com/

All photos taken by Scott Harris  ©
Posted by Damian F at 7:18 PM