As we posted below, during the latter part of the afternoon on Monday 18 June, some nice helicopters of the Australian Army and Royal Australian Navy (RAN) popped into Rockhampton Airport in association with Exercise Hamel which is currently underway in the nearby Shoalwater Bay Training Area (SWBTA). 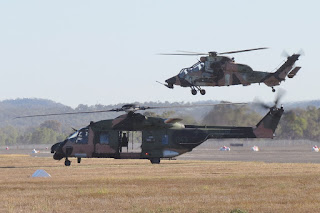 Local plane spotter 'IAD' was on hand to capture some great photos as a flight of one Australian Army NH Industries MRH-90 Multi-Role Helicopter - A40-034 - was accompanied by a pair of Australian Army Eurocopter (ARH) Tiger Armed Reconnaissance Helicopters - A38-007 and A38-020. 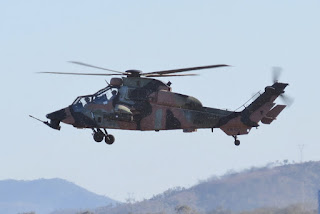 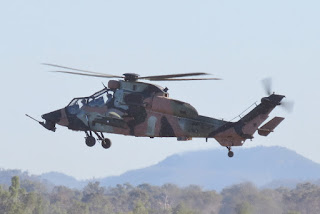 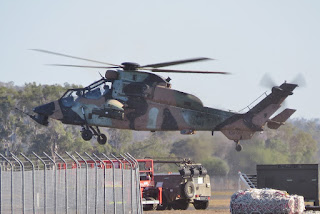 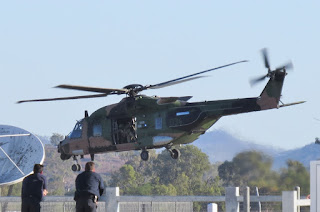 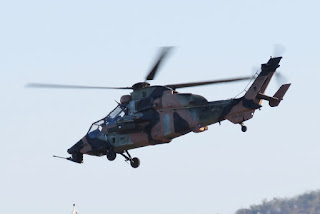 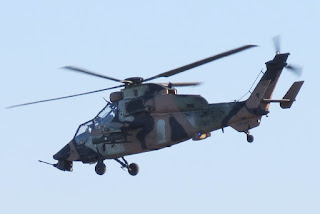 The three helicopters arrived and departed flying in formation as "Warhorse-Angry Combined".  They looked to arrive from and later depart back to Shoalwater Bay. 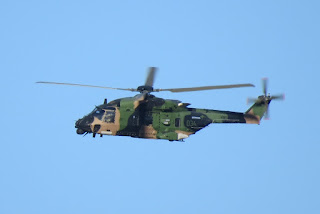 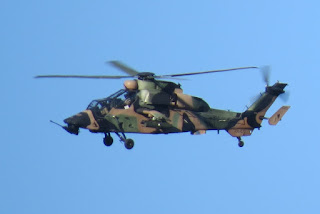 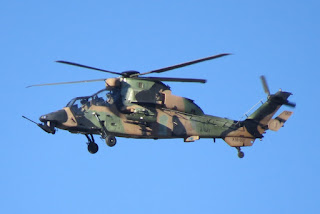 And as shown above, Royal Australian Navy (RAN) NH Industries MRH-90 Multi-Role Helicopter A40-043 was also spotted at Rockhampton Airport by 'IAD' late on Monday 18 June.

A40-043 continues to complete flights between Shoalwater Bay and the HMAS Canberra several times during the day yet again as "Poseidon 43".