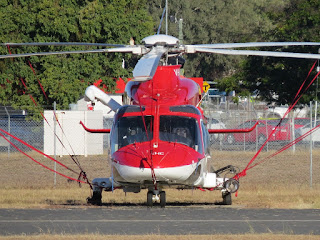 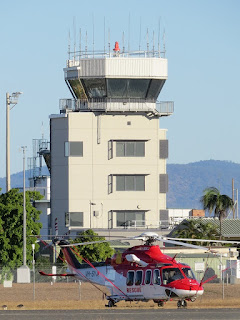 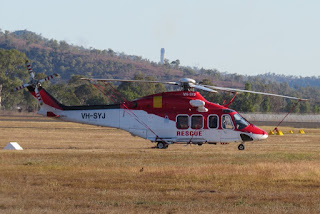 Again, it was heard to use the radio callsign of "Choppa 32".

At the time of writing, VH-SYJ remains parked at Rockhampton Airport. 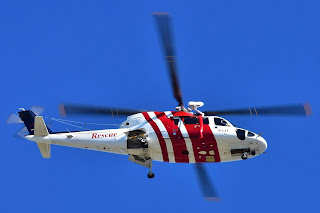 I presume that VH-HRP has been deployed to Townsville in support of the RAAF's Exercise High Sierra which is will kick off in the Townsville area this week.

Both the Agusta and Sikorsy helicopters operate for the Royal Australian Air Force (RAAF) in a Search and Rescue (SAR) role by CHC Helicopters / Lloyd Helicopters.