Over the last couple of days, there has been numerous light General Aviation (GA) aircraft and helicopters to be noted flying into the Whitsunday Airport at Shute Harbour where the 2018 Air BP Runway Dinner was held on Saturday 23 June.  Here's a summary... 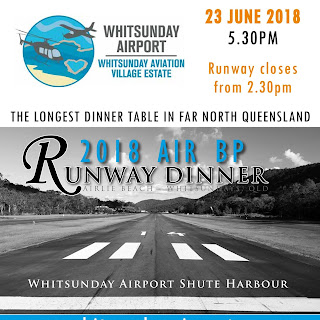 Early reports suggest it was a great night!
Posted by Damian F at 7:39 PM