On Thursday 14 June, a nice surprise arrival into Rockhampton Airport as a pair of Australian Army helicopters called in from the Shoalwater Bay Training Area (SWBTA).  They were heard to fly in formation under the callsign "Chainsaw". 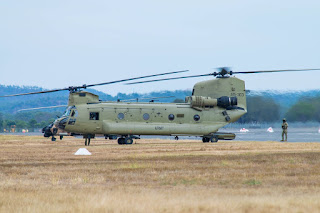 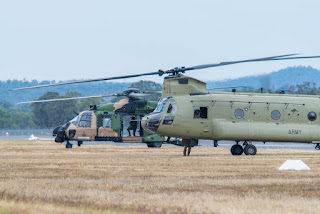 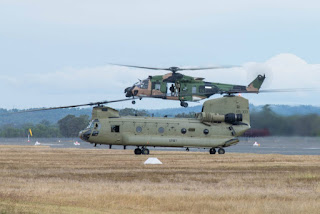 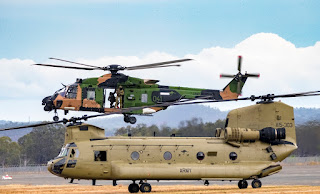 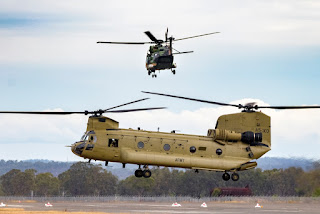 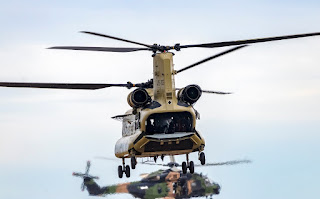 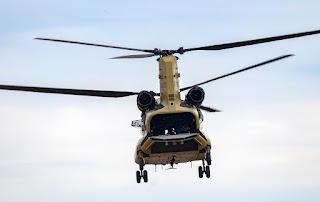 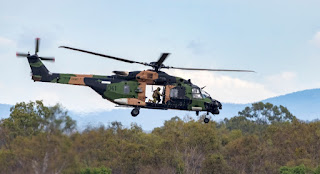 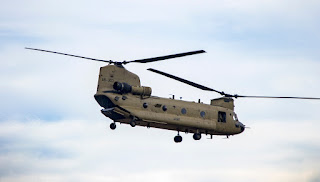 After a short time on the ground, both helicopters departed together again back to Shoalwater Bay.

It is understood that the MRH-90 A40-041 later returned to Rockhampton Airport flying as "Chainsaw 11".

Most notable was RAAF Airbus A330-203 / KC-30A (MRTT) A39-005 "Dragon 31" which came up from RAAF Base Amberley and operated refuelling exercises within the Shoalwater Bay Training Area with RAAF Boeing F/A-18F Super Hornets ("Carbine") and Boeing EA-18G Growlers ("Wolf 11" and "Wolf 21").  All the fighter jets were heard to fly overhead Rockhampton on both inbound and outbound flights.

While RAAF Boeing P-8A Poseidon Maritime Surveillance Aircraft A47-007 was back in the skies over CQ, heard departing Shoalwater Bay for Townsville (where it is based) flying as "Blackcat 52".

Sincere thanks to local plane spotters Jason M and Russell P for taking the time to capture and send through these great photos!