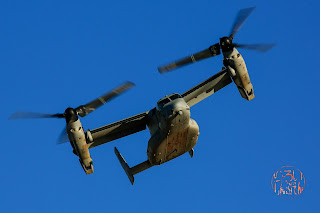 The Ospreys were noted flying down from Townsville and were believed to have landed at the Samuel Hill Airfield with Shoalwater Bay.  They were due to fly to Rockhampton Airport on both Tuesday and Wednesday, however, it is our understanding that they were prevented from landing at Rockhampton Airport by Airport Management and thus departed Shoalwater Bay and returned to Townsville.

As we reported last week, four of the Osprey tilt-rotor aircraft of the USMC's Marine Medium Tiltrotor Squadron 268 (VMM-268) "Red Dragons" flew across to Townsville last Wednesday 20 June from Darwin, where they have been deployed recently as a part of the 7th Marine Rotational Force Darwin.  It is believed they returned to Darwin over the course of Friday 22 June and Saturday 23 June. 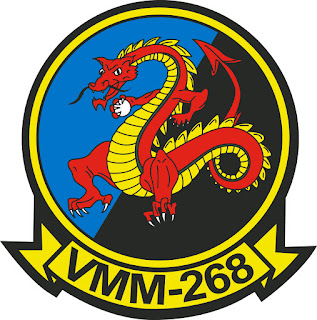 USMC Lockheed KC-130J Hercules refuelling aircraft 166763 continues to provide support to the Ospreys with it noted departing the Samuel Hill Airfield for Townsville on Wednesday 27 June. 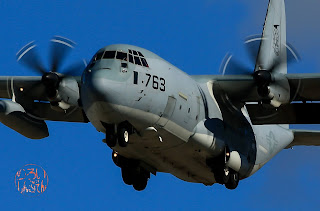 The Herc continues to use the radio callsign of "Sumo 55".

Sincere thanks to the Townsville plane spotters for their help in preparing this post!