Certainly interesting to see that on Wednesday 21 October, a pair of Republic of Singapore Air Force (RSAF) Boeing CH-47D Chinook helicopters were photographed arriving into Rockhampton Airport, flying direct from their base at Oakey. 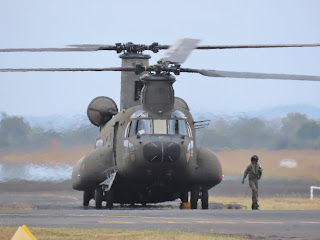 The CH-47D Chinook helicopters were identified wearing the serial numbers 88181 and 88182 and are two of five which deployed to the Oakey Army Aviation Centre some time ago following a deployment in the United States of America (USA).  These Chinooks have deployed to Rocky in previous years during the Singapore Armed Force's Exercise Wallaby. 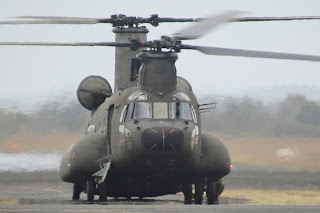 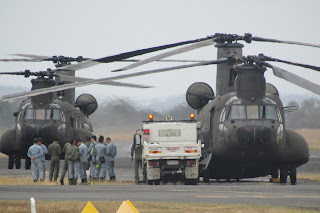 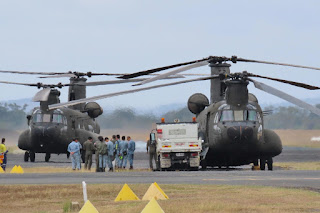 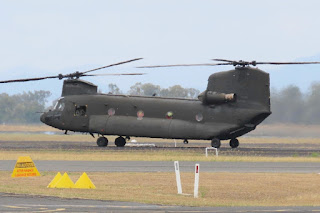 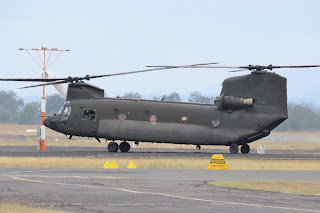 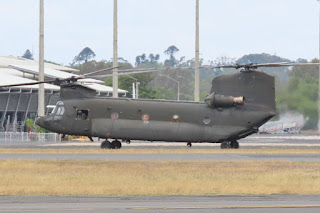 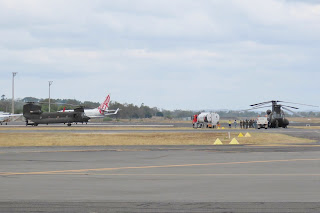 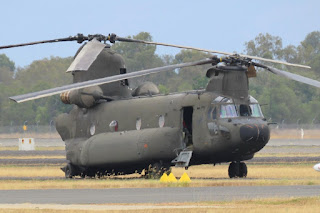 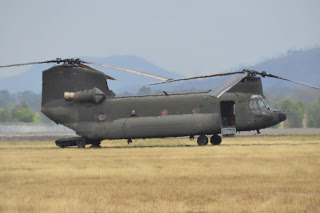 Meanwhile, with Exercise Wallaby not being held around Rockhampton this year, the RSAF has deployed eight Boeing F-15SG 'Shikra' Strike Eagles and support aircraft to Darwin in the Northern Territory for an Exercise.

The RSAF F-15SG 'Shikra' Strike Eagles of 149 Squadron out of Paya Lebar Air Base are reportedly being supported by a heavily modified Gulfstream/IAI G550 AEW&C 'jaeger' aircraft along with Airbus A330-243 Multi Role Tanker Transport (A330-MRTT) aircraft to ferry the aircraft over from Singapore to Darwin.