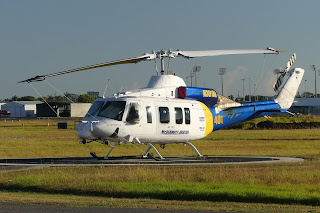 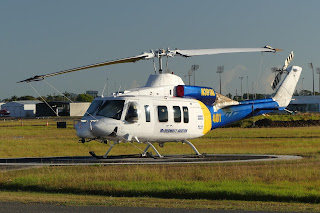 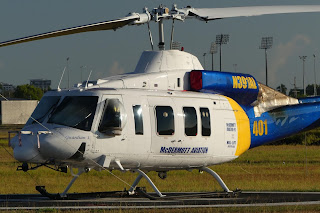 The big Bell helicopter - named 'Guardian 1' - departed Mackay Airport bound for Cairns where it has been contracted to complete some heavy-lift work.
N391AL had arrived from its Cooroy base on the Sunshine Coast during the afternoon on Wednesday 28 October and remained overnight at Mackay Airport.
Meanwhile, another helicopter spotted at Mackay Airport early on Thursday 29 October was Townsville-based NQ Heli-Worx (Meridan Helicopters) Aerospatiale AS350 B2 Squirrel helicopter VH-MHE. 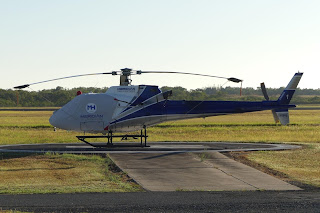 Its movements are not fully known.
Sincere thanks to local plane spotter 'JM' for taking the time to capture and send through these great photos and video.
All photos taken by 'JM'  ©
Posted by Damian F at 8:15 PM