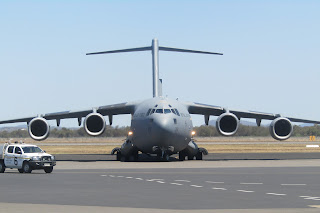 It was heard to be flying as "Stallion 12" and flew up to Rocky from RAAF Base Amberley.
After touching down on Rockhampton Airport's Runway 15, A41-207 taxied in and parked on Gate 6 on the Southern end of the parking apron.  It was unloaded with three Australian Army Australian Light Armoured Vehicles (ASLAVs) and personnel. 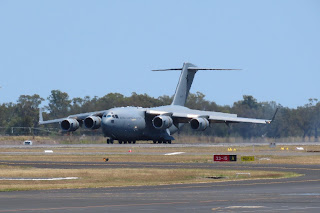 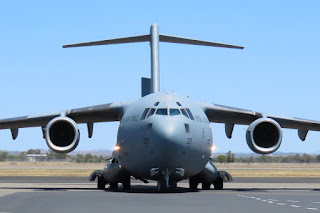 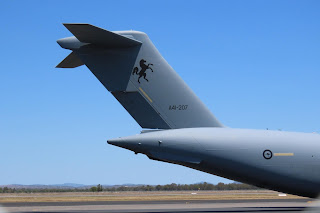 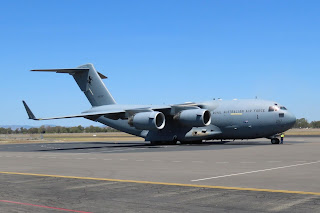 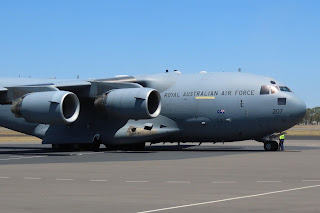 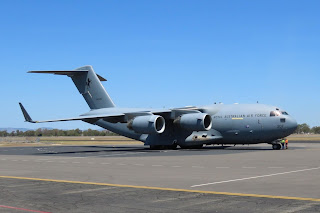 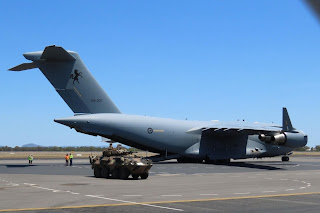 It was noted that the three ASLAVs bore the names 'Bee Sting', 'Bumble Bee' and 'Brooke'. 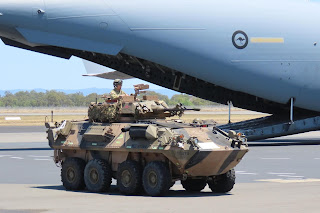 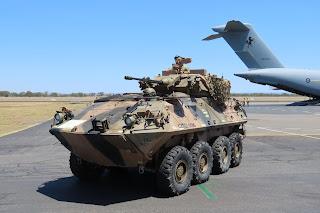 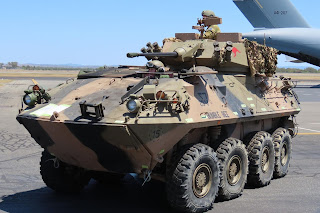 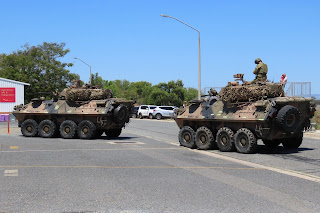 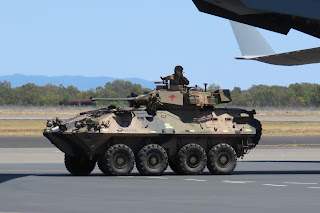 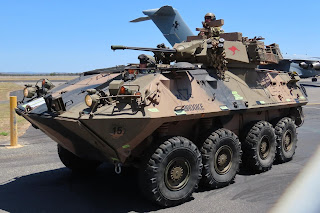 The Australian Light Armoured Vehicle (ASLAV) is a wheeled, eight wheel drive (8x8) vehicle that has been modified to deal with Australia's harsh conditions. It has been successfully deployed on operations in multiple theatres since 1999. The ASLAV will soon be replaced in Australian service by the 8x8 Boxer Combat Reconnaissance Vehicle.
A41-207 "Stallion 12" was then closed up and taxied out and departed Rockhampton Airport, heading back to Amberley. 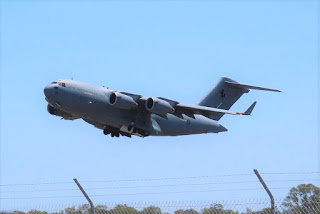 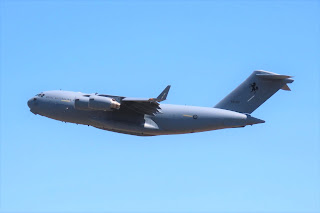