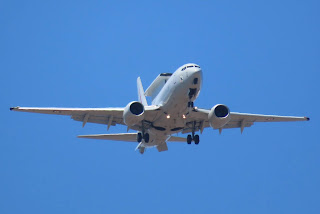 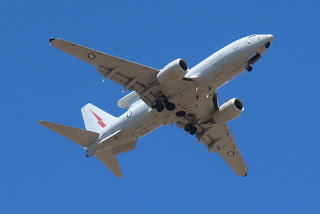 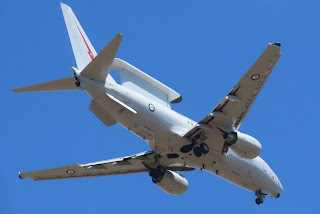 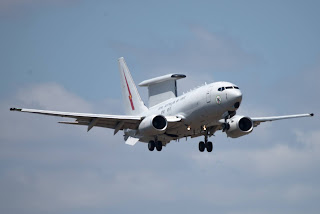 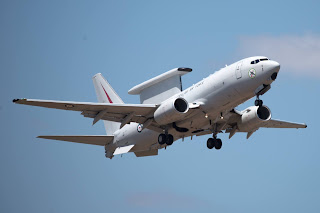 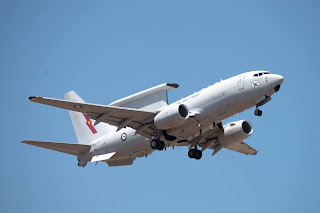 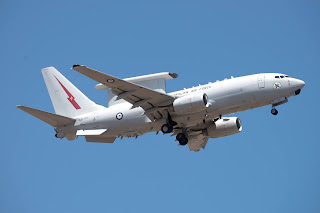 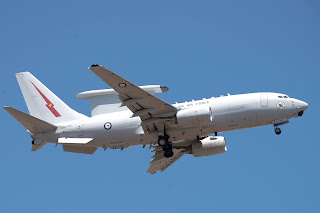 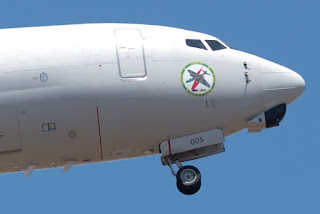 Of interest, A30-005, which is of the RAAF's Number 2 Squadron, wears new nose art commemorating the upcoming 50th anniversary of the loss of ''Magpie 91'' - a 2 Squadron RAAF Canberra Bomber in Vietnam on 3/11/1970.
Sincere thanks to local plane spotters Kayanne H and Scott H for taking the time to capture and send through these great photos!
Photos taken by Kayanne Hardsman and Scott Harris  ©
Posted by Damian F at 7:05 PM