On Thursday 29 October, a pair of Republic of Singapore Air Force (RSAF) Boeing CH-47D Chinook helicopters were photographed passing through Rockhampton Airport, while returning 'home' to Oakey after completing exercises with the Australian Defence Force (ADF) at Townsville. 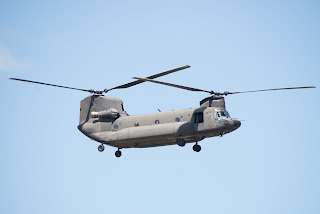 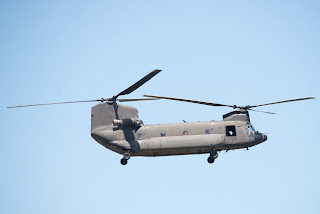 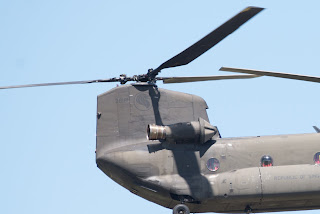 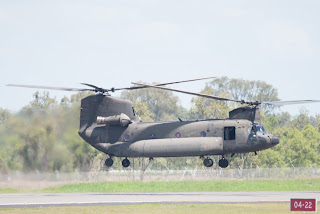 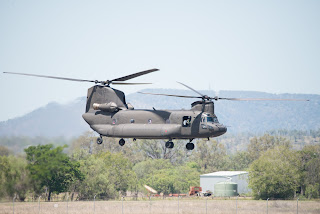 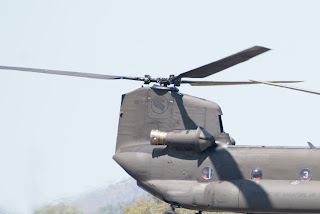 The CH-47D Chinook helicopters were identified wearing the serial numbers 88181 and 88183 and deployed to Townsville the previous week.  They are also two of five which deployed to the Oakey Army Aviation Centre some time ago and have previously deployed to Rocky during the Singapore Armed Force's Exercise Wallaby.
Each Chinook helicopter was noted flying in and out of Rockhampton Airport individually as "Cyclops 81" and "Cyclops 83".
Sincere thanks to local plane spotter Scott H for the taking the time to capture and send through these great photos!
All photos taken by Scott Harris  ©
Posted by Damian F at 9:49 PM