On Tuesday 27 October, the two Royal Australian Air Force (RAAF) Boeing P-8A Poseidon Maritime Surveillance Aircraft that were noted flying North to Townsville the previous day, returned home to RAAF Base Edinburgh via airwork at a couple of Central Queensland Airports.
Poseidon A47-011 this time as "Blackcat 05", departed Townsville and was spotted completing a missed approach at Rockhampton Airport. 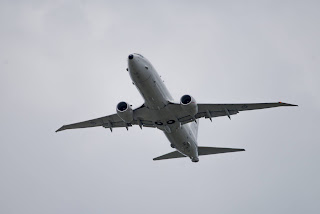 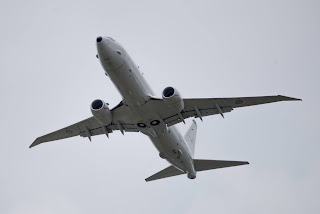 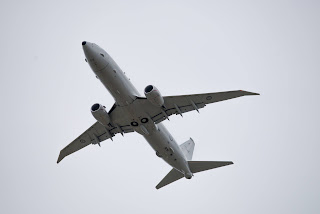 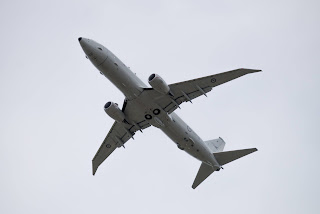 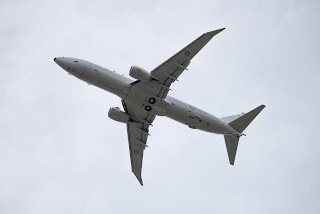 It then continued to complete more airwork at RAAF Base Amberley and Olympic Dam, also in South Australia, before returning to Edinburgh.
While the other Poseidon A47-009 this time as "Blackcat 06", also departed Townsville but was noted completing airwork including a missed approach at Mackay Airport.  It then continued to complete more airwork at Brisbane and also Olympic Dam before it too landed back at Edinburgh.
Of interest, also noted flying out and about from Edinburgh, also on Tuesday 27 October, was fellow P-8A Poseidons A47-001 "Blackcat 01" and A47-012 "Blackcat 04", with the latter flying via Broken Hill, Tamworth, RAAF Base Richmond and Adelaide.
Finally, also on Tuesday 27 October, Royal Australian Air Force (RAAF) Boeing B737-7ES / E-7A Wedgetail Airborne Early Warning & Control (AEW&C) aircraft A30-006 as "Wedgetail 01" was noted completing a missed approach at Longreach Airport while flying from RAAF Base Williamtown to Townsville.  It then returned to Williamtown.
Sincere thanks to local plane spotter Scott H for taking the time to capture and send through these great photos!
All photos taken by Scott Harris  ©
Posted by Damian F at 8:12 PM