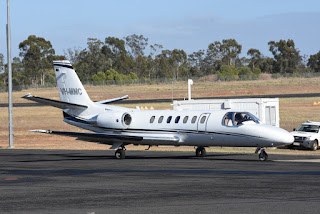 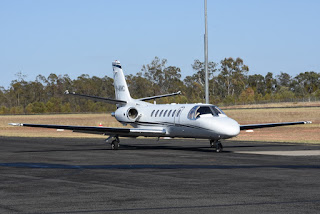 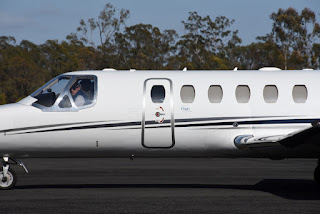 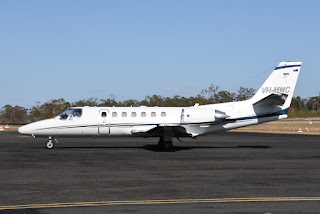 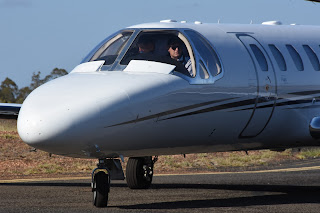 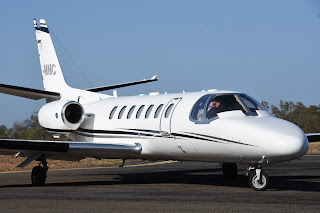 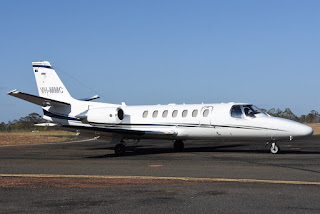 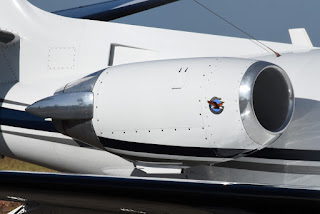 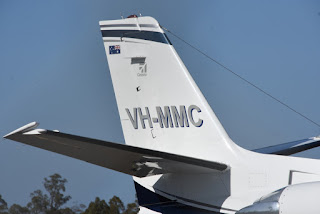 Once again, it appears that the passengers from VH-MMC then joined Hinterland Aviation Cessna 208 Caravan VH-NDC, which was earlier noted arriving direct from Rockhampton Airport as HND610. VH-NDC then departed as HND611 up to the Labona Station Airstrip within Adani Australia's Carmichael Coal Mine site.  It then returned to Rocky but as HND612. 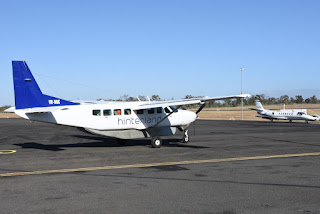 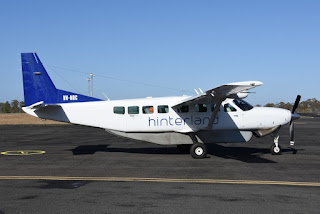 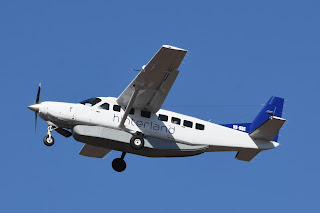 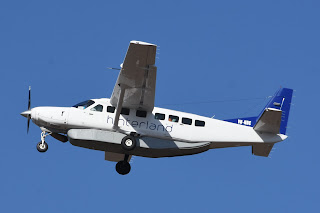 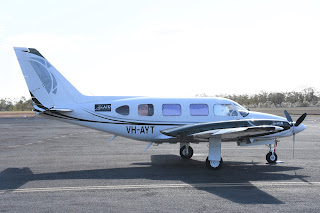 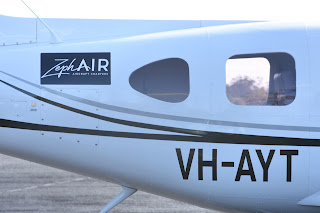 While early in the morning, Brescon (Toowoomba) Beech B200 King Air VH-WXN departed Labona for Toowoomba-Wellcamp after it had arrived from there, flying via Clermont Aerodrome, late on Wednesday 14 October.
Meanwhile, elsewhere in Central Queensland, also on Thursday 15 October,  Australian Country Choice Properties (Brisbane) Cessna 560 Citation V Encore bizjet VH-ACC landed at Roma Airport from Archerfield before later departing to Wellclose.  It reversed these flights during the afternoon.
While Gold Coast-based Hawker Beechcraft B300 Super King Air VH-OXF landed at Gladstone Airport from the North-West and later departed to Eurella near Roma.
And Ipswich-based Pilatus PC-12/47E VH-PLE landed at Bundaberg Airport from the Gold Coast, Redcliffe and Gympie. This afternoon it too reversed its original flight.
Finally, Finally, also on Thursday 15 October, often visiting American-registered Eclipse EA500 bizjet N257AK was noted departing the Whitsunday Airport at Shute Harbour for Archerfield.  It had arrived into the Whitsundays on Sunday 11 October.
Posted by Damian F at 8:52 PM