A real old classic aircraft was photographed resting on the parking apron at Charleville Airport on Tuesday 13 October in the form of 1969-built Beech H18 VH-MBU. 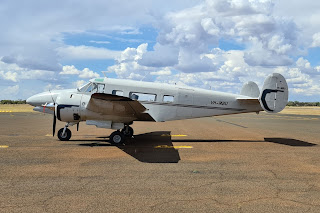 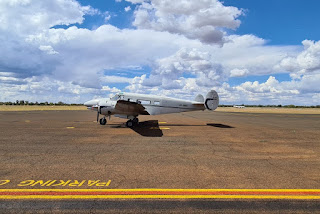 It's exact movements are not fully known but it appears to have flown down from Cairns having earlier flown across from its Mareeba base.
It is unclear if VH-MBU remained at Charleville Airport or continued on its journey.
All photos taken by Zac Fitzgerald  ©
Posted by Damian F at 11:18 PM