On Wednesday 22 September, Australian Army Boeing CH-47F 'Foxtrot' Chinook helicopter A15-309 was spotted at Rockhampton Airport.  It looked to arrive from Townsville as "Easy 329". 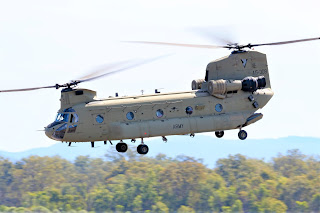 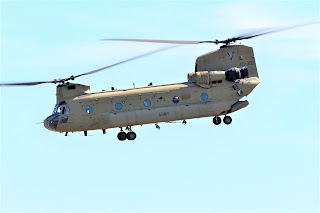 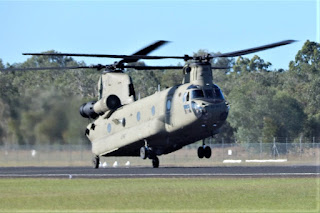 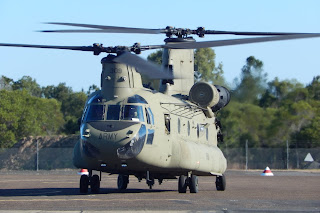 On the ground at Maryborough Airport, the crew of the Chinook were involved with a ceremony on the ground to present a retired Army member with his Long Service Medal. 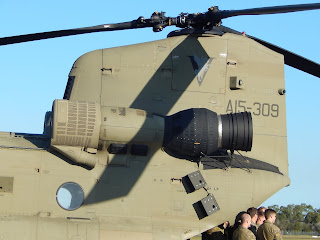 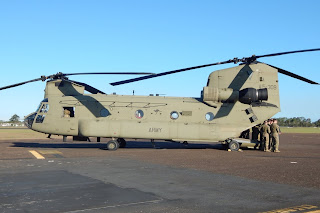 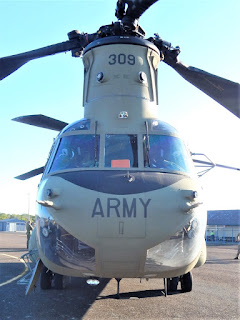 With this complete, A15-309 then departed to the Oakey Army Aviation Centre, again as "Easy 326". 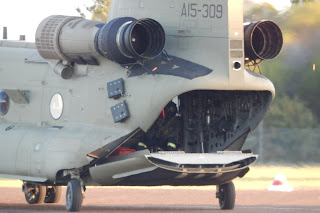 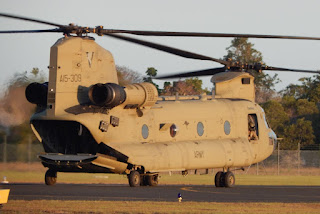 Of interest, the CH-47F Chinook A15-309 is operated by the Australian Army's 5th Aviation Regiment (5 Avn Regt) 'C' Squadron based at Townsville.  It is presently one of ten CH-47F Chinooks in service with a further four in the process of being acquired from the United States Department of State (US Army holdings).
The order by the Australian Government was confirmed on in early July, at a price of $595 million. Two of the helicopters were delivered to Australia that month on board a United States Air Force (USAF) Lockheed C-5 Galaxy transport plane. The other two are scheduled to be transferred to the Australian Army in 2022.
Sincere thanks to the local plane spotters for allowing us to share these great photos!