Also on Wednesday 15 September, the Republic of Singapore Air Force (RSAF) Boeing CH-47F 'Foxtrot' Chinook helicopters that have deployed to Rockhampton Airport have again completed flight up and back to the Shoalwater Bay Training Area (SWBTA) as the Singapore Armed Forces Exercise Wallaby 2021 (XWB21) continues. 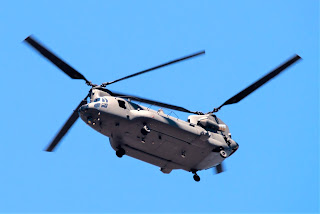 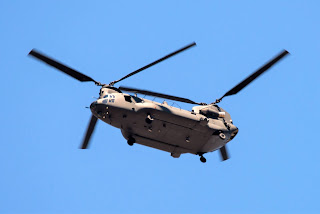 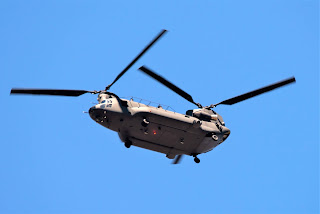 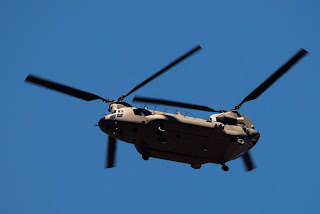 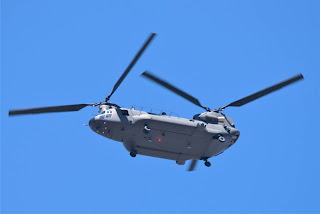 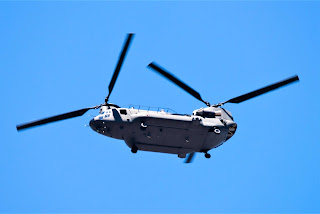 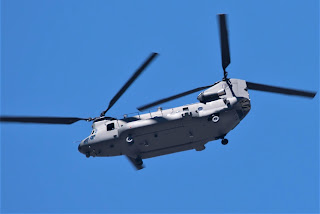 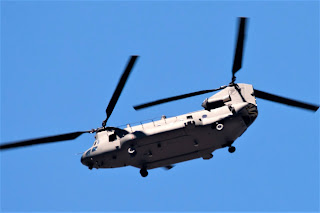 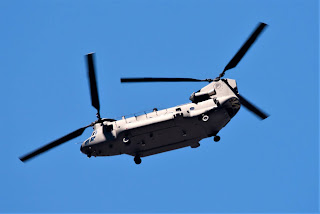 On this occasion, local plane spotter Scott H captured some photos as the 'other' two of the four new CH-47F Chinooks departed Rockhampton Airport.  They appear to be wearing the serial numbers of 88161 and 88165 with them heard to be flying as "Cyclops 81" and "Cyclops 85" respectively.
As mentioned previously, the Chinook helicopters are flown by the RSAF's 127 Helicopter Squadron which is based at the Sembawang Air Base (SBAB) in Singapore, however as mentioned, with a detachment at Oakey.

The squadron goes by the motto of "Strength, Courage, Swiftness", the motto is supported by the squadron motif, a white horse in full battle armour.
Sincere thanks to local plane spotter Scott H for taking the time to capture and send through these great photos!
All photos taken by Scott Harris  ©
Posted by Damian F at 9:50 PM