Some great photos shared to us from Monday 20 September as a pair of the Republic of Singapore Air Force (RSAF) Boeing CH-47F 'Foxtrot' Chinook helicopters that have deployed to Rockhampton Airport completed late afternoon and sunset sorties to the Shoalwater Bay Training Area (SWBTA) and back as the Singapore Armed Forces Exercise Wallaby 2021 (XWB21) continues. 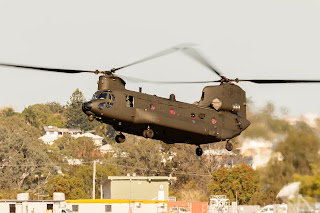 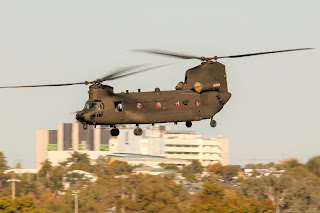 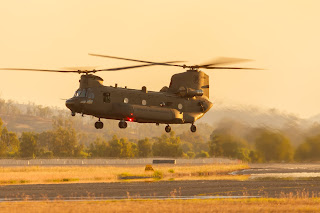 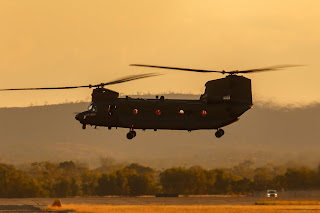 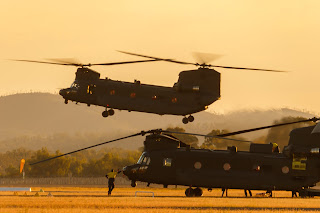 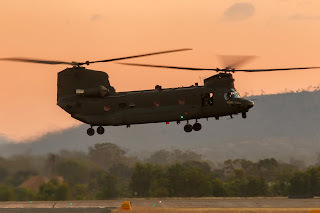 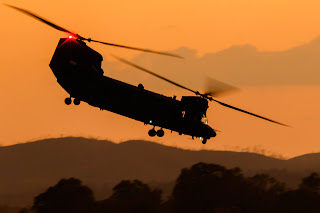 It is believed that Chinooks 88162 and 88165 departed together to Sholawater Bay as "Celtic".  They are pictured departing and then returning to Rockhampton Airport before departing once again back out to Shoalwater Bay.
As mentioned previously, the Chinook helicopters are flown by the RSAF's 127 Helicopter Squadron which is based at the Sembawang Air Base (SBAB) in Singapore, however as mentioned, with a detachment at Oakey.

The squadron goes by the motto of "Strength, Courage, Swiftness", the motto is supported by the squadron motif, a white horse in full battle armour.
Sincere thanks to local photographer Steve V for allowing us to share these great photos!
All photos taken by Steve Vit  ©
Posted by Damian F at 9:32 AM