On Sunday 12 September, Republic of Singapore Air Force (RSAF) Lockheed C-130H Hercules '731' was spotted as it arrived at Rockhampton Airport as "SAF9168" from Darwin. It had arrived in the 'Top End' late the previous day. 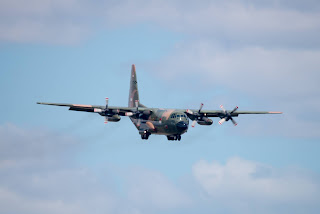 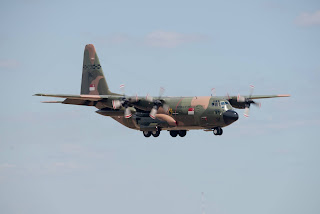 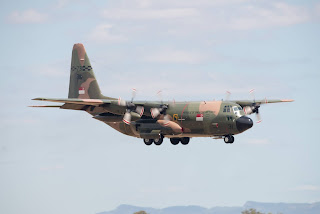 After offloading some passengers and equipment, the Herc then returned to Darwin, again as "SAF9168". 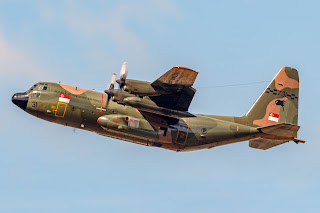 The squadron goes by the motto of "Dependable".
Of further interest, Darwin Airport has played host to at least two other RSAF C-130H Hercules transport aircraft over the last week or so.

Sincere thanks to local plane spotter and photographer Scott H and Steve V for allowing us to share these great photos!
Photos taken by Scott Harris and Steve Vit  ©
Posted by Damian F at 8:56 PM