After arriving the previous day, on Saturday 11 September, two of the four Republic of Singapore Air Force (RSAF) Boeing CH-47F 'Foxtrot' Chinook helicopters were photographed as they departed Rockhampton Airport on their first flight up to the Shoalwater Bay Training Area (SWBTA) as the Singapore Armed Forces Exercise Wallaby 2021 (XWB21) looked to kicked off. 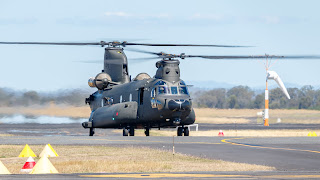 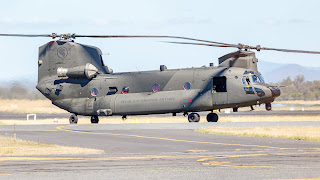 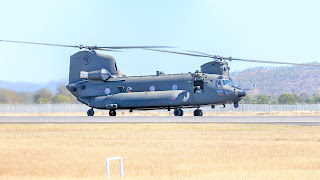 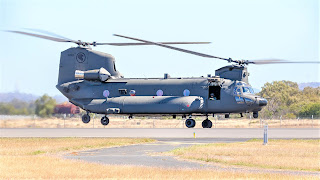 The two Chinooks were identified as 88162 and 88163 and flew together as "Celtic" - great to see and hear these familiar radio callsigns back at Rocky!
Both Chinooks returned to Rockhampton Airport later in the day.
Sincere thanks to local photographer Steve V for allowing us to share these great photos!
All photos taken by Steve Vit  ©
Posted by Damian F at 8:48 PM