On Tuesday 21 September, the 'resident' Canadian-based Conair Aerial Firefighting Dash-8-Q400MR C-FFQE was officially unveiled as Queensland's own heavy water bomber for the upcoming bushfire season.  This is the second year that the Canadian aircraft and crew members of the Large Air Tanker (LAT) have been deployed to Bundaberg Airport, meaning the state will again not have to borrow aircraft from other states to fight dangerous bushfires. 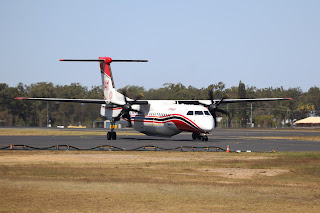 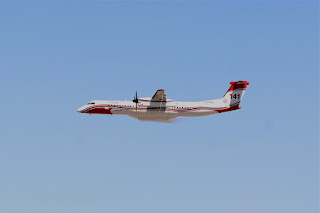 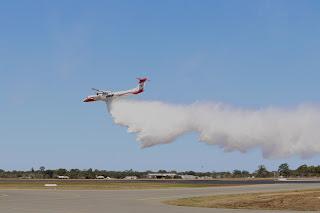 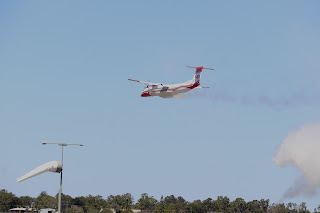 The Queensland Premier, Annastacia Palaszczuk flew into Bundy, and confirmed the crew of the 10,000-litre capacity Large Air Tanker (LAT) had completed quarantine requirements and were "raring to go" with the three-month long Queensland bushfire season starting.
Again this year, the Dash-8 will be based at Bundaberg Airport and take up the radio callsign of "Bomber 141".   It will be based in Bundaberg for Queensland’s next four bushfire seasons and will be sent to Victoria for its fire season, which coincides with Queensland’s wet season. 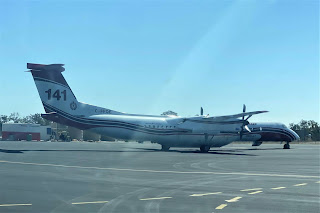 The Dash-8 has a 670km/h travel time meaning the bomber can quickly reach other parts of the state if needed, potentially saving lives and communities all over Queensland. It is able to fly the 300-kilometre direct journey from Bundaberg to Brisbane in 30 minutes at top speed. 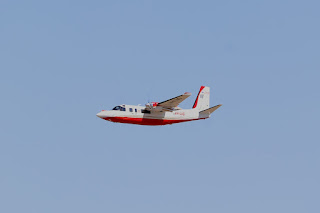 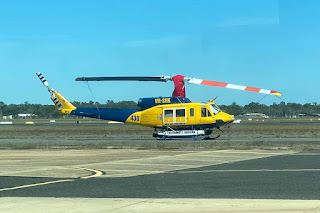 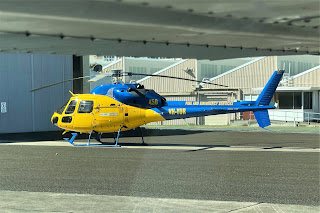 The Queensland Fire and Emergency Services (QFES) spent some $40,000 equipping Bundaberg Airport with water and electrical infrastructure that is essential for the filling of the LAT and other aircraft and helicopters with water or retardant in addition to large mixing tanks for the retardant to be mixed in and office space for the crews to utilize. 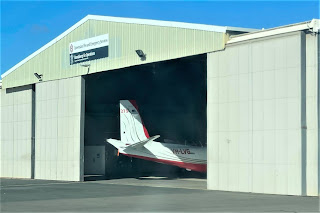 Finally, as mentioned below, the Premier and dignitaries arrived into Bundaberg Airport from Hervey Bay (Fraser Coast) Airport on board the Queensland Government Airwing (State of Queensland) Raytheon B300 Super King Air VH-SGQ.  They later returned to Hervey Bay Airport on board VH-SGQ.
Sincere thanks to local plane spotters Peter S and Dan B for taking the time to capture and send through these great photos!

Photos taken by Peter Sajko and Dan B  ©
Posted by Damian F at 8:00 AM