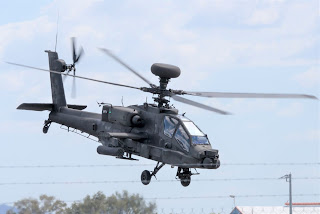 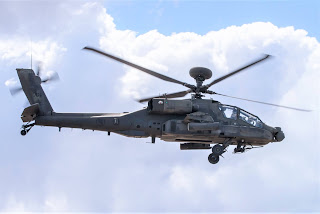 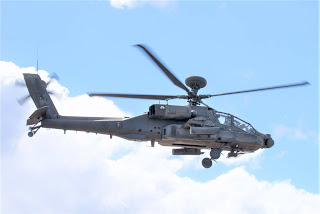 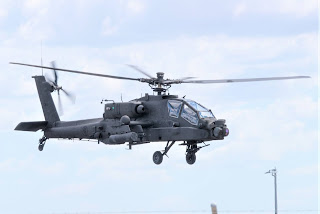 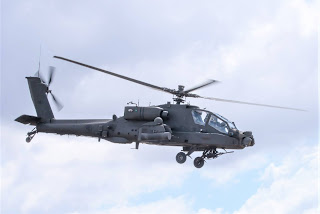 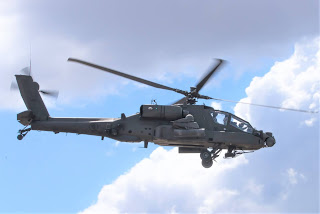 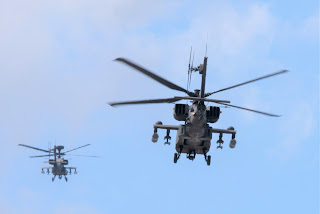 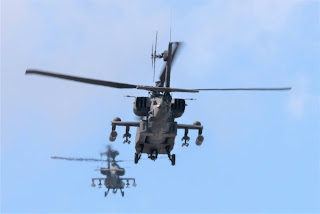 The two Apaches were identified as '066' and '069' and were heard to be flying together as "Astro".
Of interest, two other pairs of Apaches were also heard to complete flights from Rockhampton Airport to Shoalwater Bay and back as "Avon" and another flight as "Astro".
As shown below, '066' and '069' were spotted by local photographer Steve V as they flew back into Rockhampton Airport just as the sun was setting. 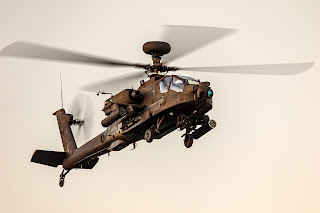 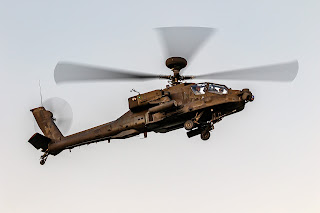 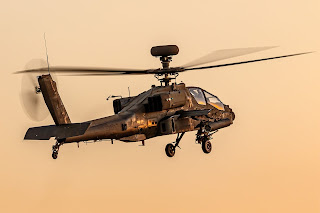 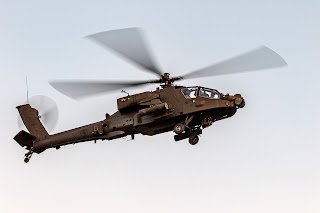 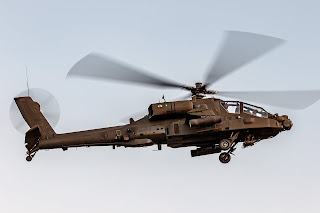 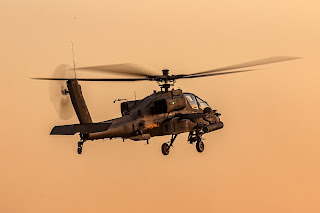 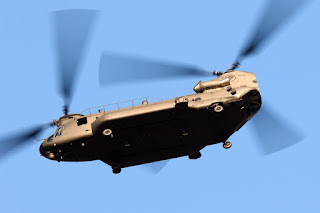 There is currently no regular 'pattern' of flights, although as per previous years, most of the helicopter action seems to be taking place in the late afternoon and evening.
Sincere thanks to local plane spotter Scott H and photographer Steve V for allowing us to share these great photos!
Photos taken by Scott Harris and Steve Vit  ©
Posted by Damian F at 9:34 AM