On Friday 25 May, a beautifully presented antique aircraft was spotted arriving into Rockhampton Airport. 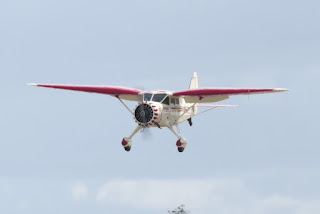 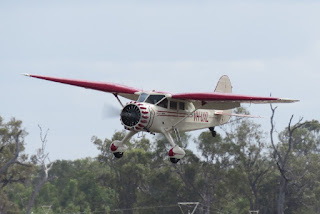 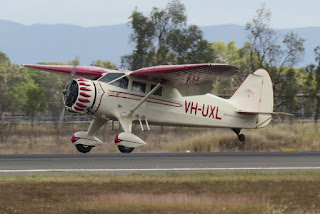 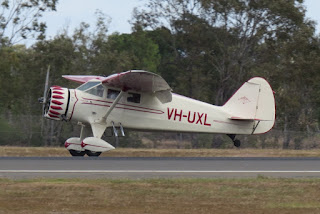 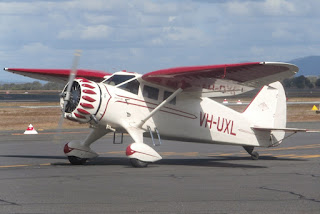 Western Australia-based couple Kevin and Vicki Bailey are travelling in their restored 1935 Stinson Reliant SR-8C VH-UXL. It arrived into Rockhampton Airport from Mackay Airport and was also spotted arriving into Bowen Airport earlier in the week. 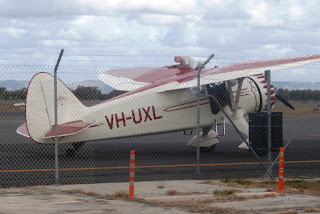 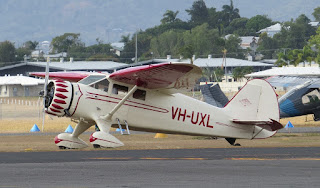 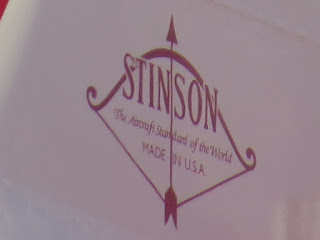 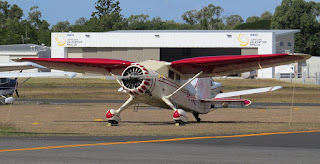 Kevin and Vicki's journey in VH-UXL began in Western Australia and it has recently taken them all the way out to North-West Queensland after they participated in 'The Great Pilgrimage' which was recently held to celebrate 90 years of service in Australia by The Royal Flying Doctor Service (RFDS).

VH-UXL was one of 25 vintage and General Aviation (GA) aircraft which took nine days to fly from Dubbo to Mount Isa via Moree, Roma, Charleville, Longreach (shown below), Winton, Cloncurry and Julia Creek.  The event also included a re-enactment of the RFDS's inaugural flight from Cloncurry to Julia Creek on May 17, 1928 to attend to two patients at a bush hospital. 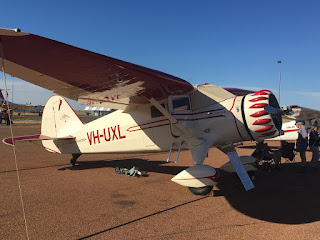 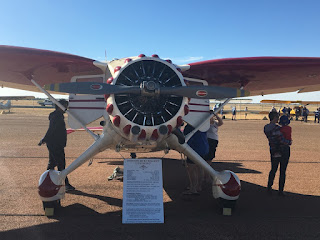 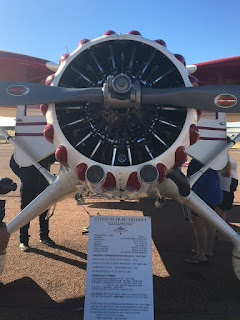 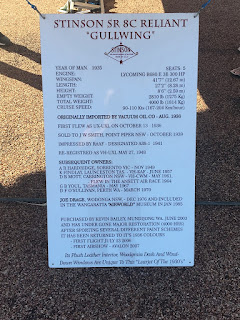 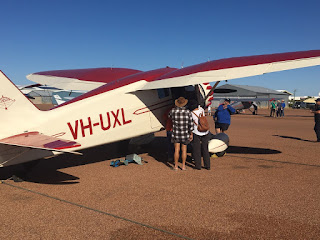 VH-UXL was expected to spend the night parked at Rockhampton Airport and depart for the South during the morning on Saturday 26 May.


Sincere thanks to local plane spotters Kayanne H and Trevor H for taking the time to capture and send through these great photos and video!