On Saturday 12 May, a pair of Royal Australian Air Force (RAAF) Pilatus PC-9/A aircraft were spotted arriving into Rockhampton Airport ahead of joint-military training exercise which is due to kick-off in the coming days in the nearby Shoalwater Bay Training Area (SWBTA). 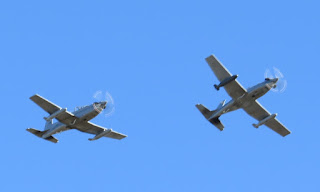 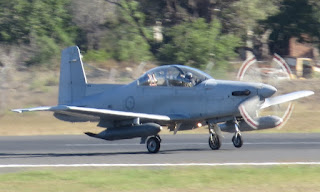 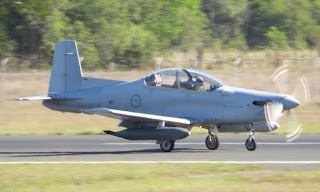 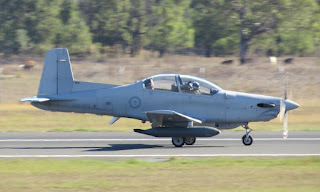 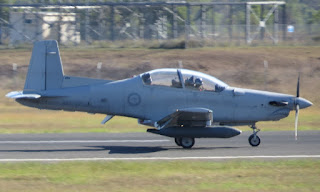 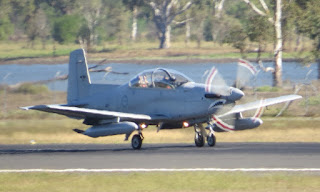 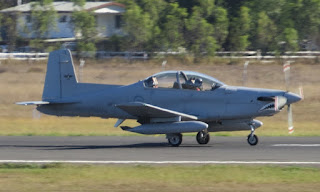 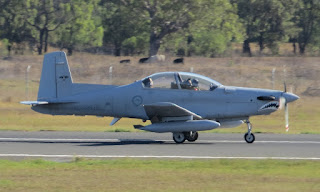 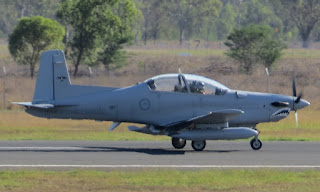 They were heard to be using the radio callsign of “Reaper” as they flew into Rockhampton, breaking up to "Reaper 11" and "Reaper 12" and they landed separately.

Sincere thanks once again to local plane spotter Kayanne H for taking the time to capture and send through these great photos!

All photos taken by Kayanne Hardsman  ©
Posted by Damian F at 7:39 PM