On Wednesday 23 May, Royal Australian Air Force (RAAF) Lockheed C-130J-30 Hercules transport aircraft A97-441 was spotted arriving into Rockhampton Airport from RAAF Base Richmond as "Trojan 46". 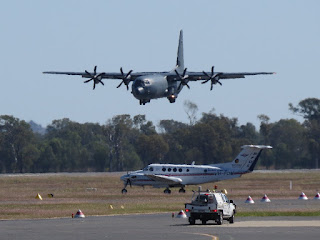 This is the second time in less than a week that this Herc has passed through Rockhampton Airport seemingly bringing more military personnel and equipment in support of a land/sea joint military exercise which is currently underway in the nearby Shoalwater Bay Training Area (SWBTA). 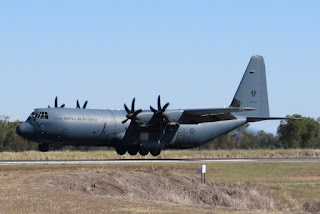 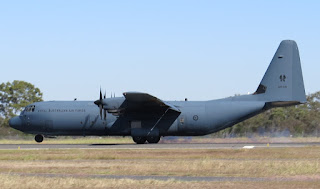 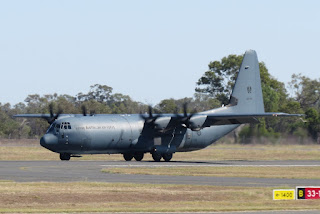 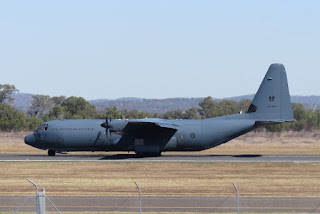 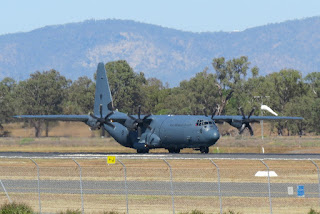 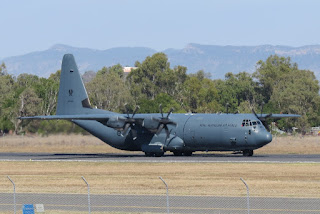 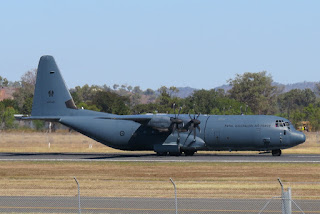 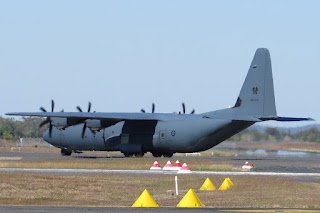 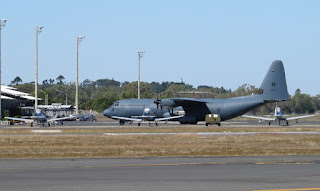 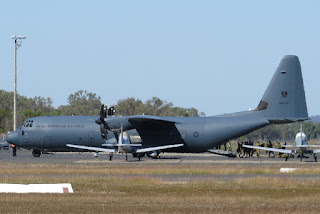 After a short time on the ground, A97-441 departed to RAAF Base Tindal (Katherine) again as "Trojan 46". 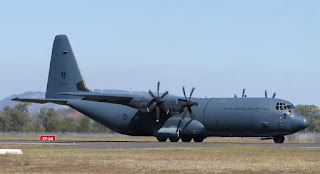 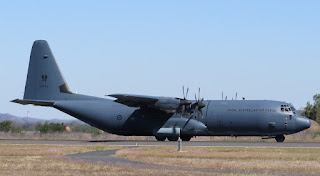 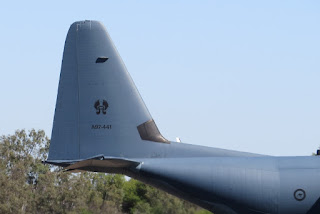 Sincere thanks to local plane spotters Kayanne H and 'IAD' for taking the time to capture and send through these great photos!

Photos taken by Kayanne Hardsman and 'IAD'  ©
Posted by Damian F at 9:18 PM