On Wednesday 30 May, the remaining pair of Royal Australian Air Force (RAAF) Pilatus PC-9/A aircraft were spotted departing Rockhampton Airport following their deployment to participate in the current land/sea joint military exercise which is underway in the nearby Shoalwater Bay Training Area (SWBTA). 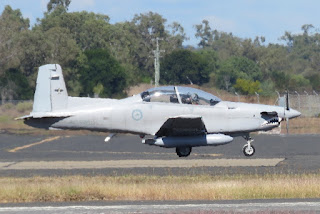 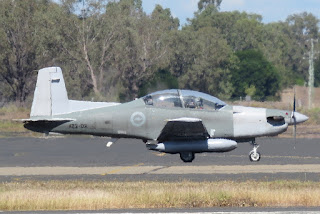 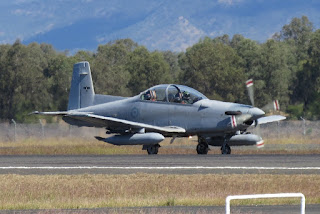 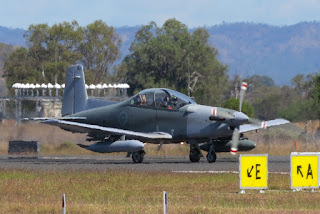 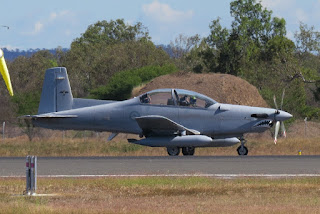 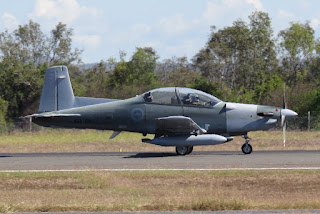 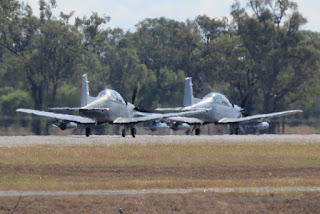 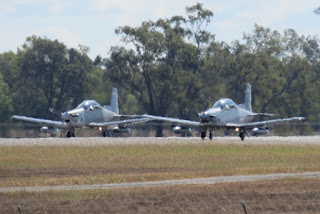 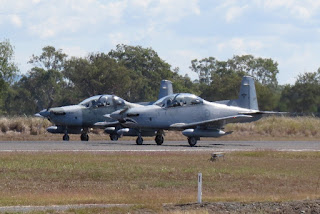 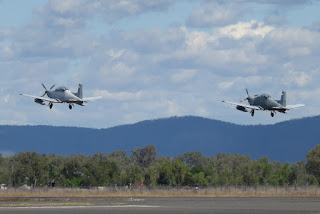 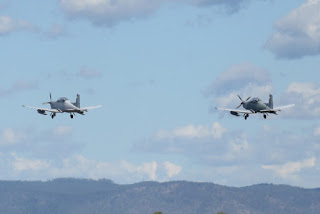 They were heard to be using the radio callsign of "Reaper 11" as they departed Rockhampton Airport for Townsville where they are expected to participate in the RAAF's Exercise High Sierra which is due to start in the Townsville area next week.

A third PC-9 - A23-020 - was also deployed to Rockhampton Airport during the early part of the exercise earlier this month.

Meanwhile, after the sun went down also on Wednesday 30 May, RAAF Lockheed C-130J-30 Hercules transport aircraft A97-440 was noted arriving into Rockhampton Airport from Townsville as "Trojan 20".  After loading some personnel and equipment, the Herc later returned to Townsville.

Sincere thanks once again to local plane spotter 'IAD' for taking the time to capture and send through these great photos!