On Saturday 19 May, and for the second weekend in-a-row, Royal Australian Air Force (RAAF) Lockheed C-130J-30 Hercules transport aircraft A97-441 was spotted arriving into Rockhampton Airport from RAAF Base Richmond as "Trojan 55". 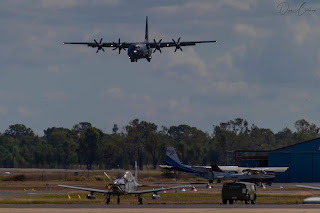 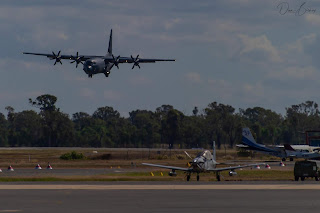 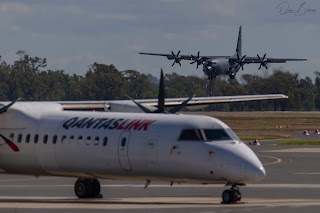 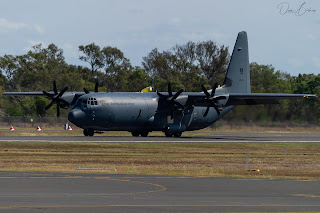 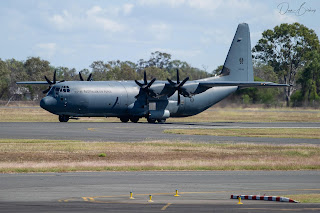 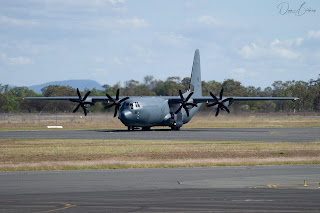 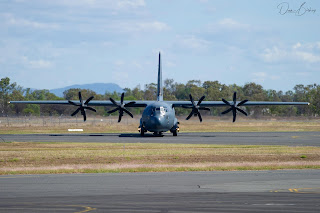 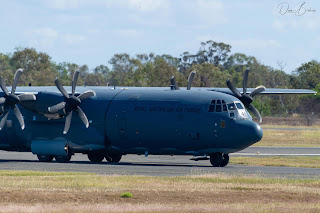 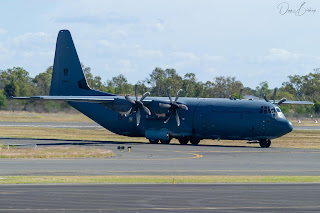 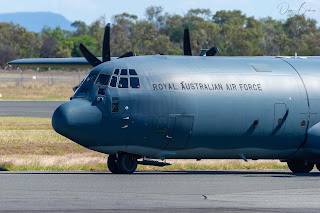 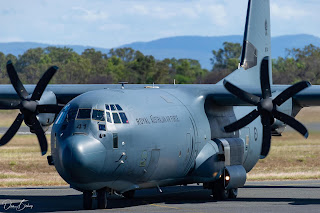 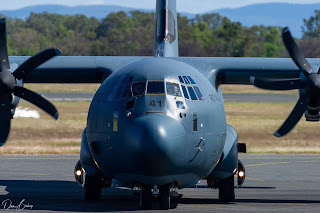 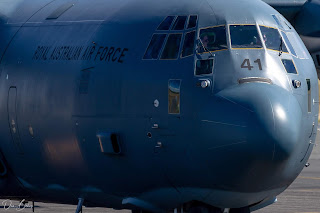 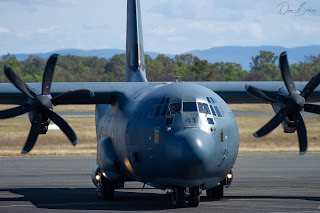 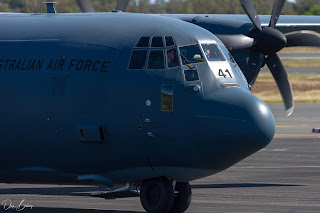 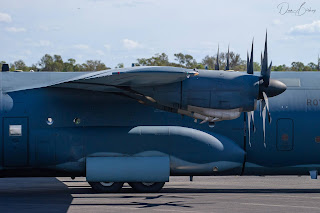 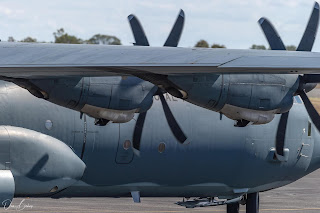 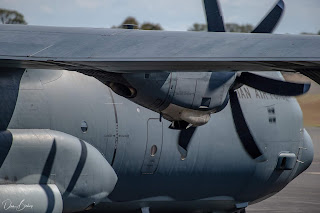 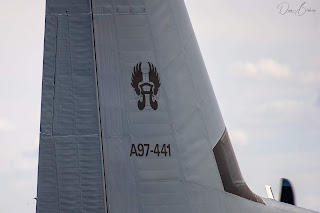 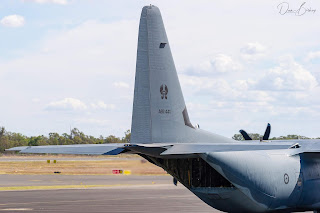 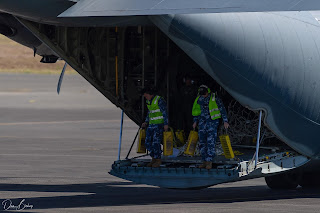 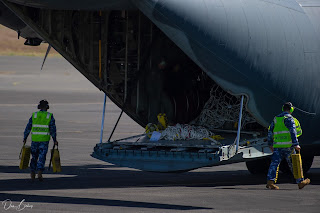 It is believed to have called into Rockhampton Airport to transport more military personnel and equipment in support of a land/sea joint military exercise which is currently underway in the nearby Shoalwater Bay Training Area (SWBTA).

Of interest, it appears the Herc then completed a return flight from Richmond to Melbourne (Avalon) and back!

All photos taken by Daniel Bishop  ©
Posted by Damian F at 8:04 AM