Following on from our post below, on Wednesday 16 May, the visiting Royal Australian Air Force (RAAF) VIP 34 Squadron transport bizjets continued to call into various CQ Airports.

After arriving the previous afternoon from Townsville, RAAF Canadair CL-600-2B16 Challenger 604 bizjet A37-003 was heard departing Rockhampton Airport for Sydney once again as "Wisdom 41".


While during the afternoon, RAAF Boeing B737-7DF(BBJ) A36-002 was spotted arriving into Rockhampton Airport from Townsville as "Envoy 61". 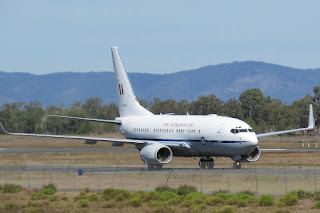 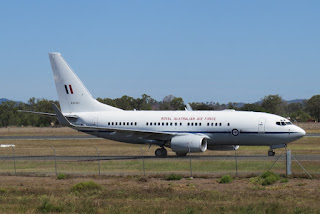 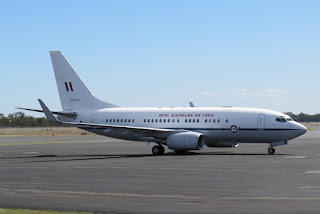 After a short time on the ground, the BBJ was heard to depart to Mackay Airport where it was spotted resting on the aircraft parking apron. 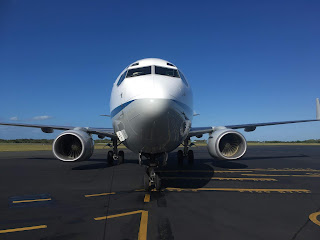 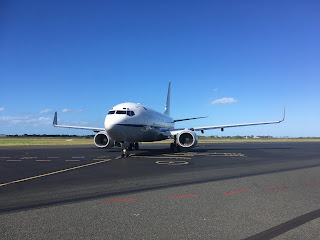 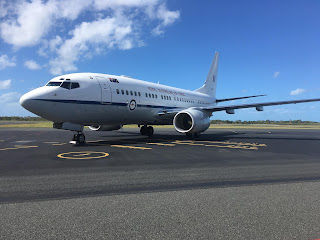 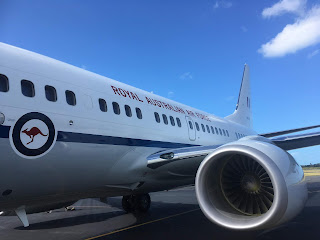 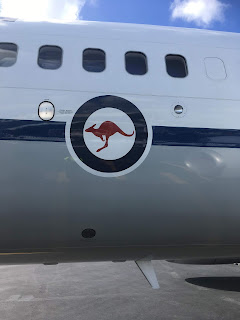 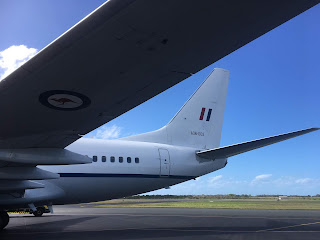 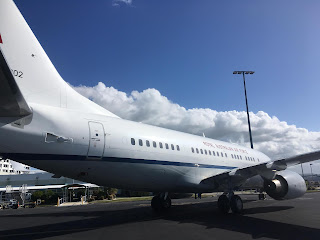 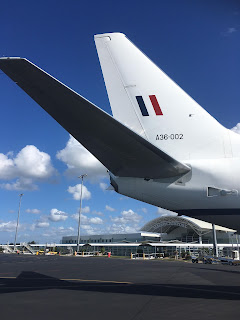 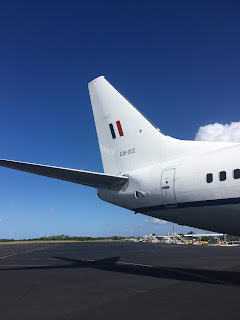 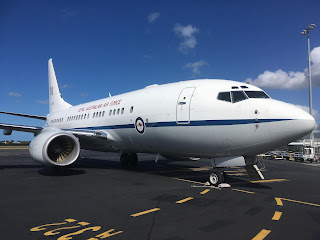 After another short visit, A36-002 then returned North to Townsville via what looked to be a missed approach at Cairns.

Of interest, A36-002 arrived popped into Hamilton Island Airport yesterday as "Wisdom 49".