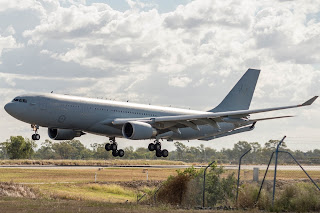 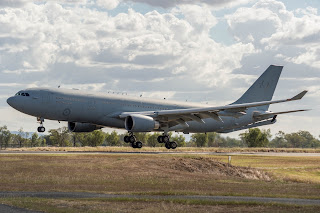 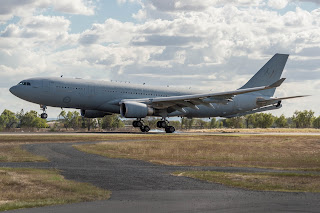 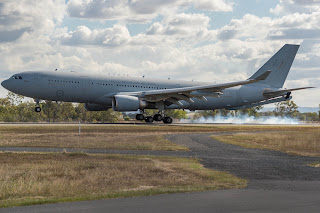 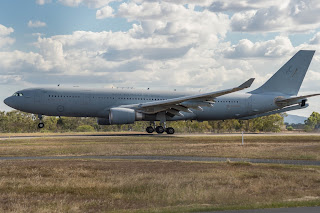 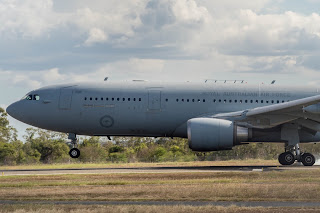 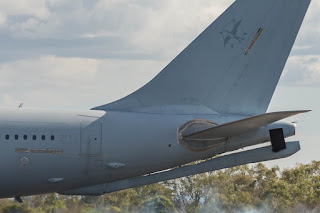 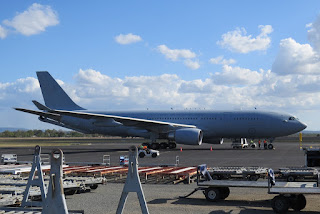 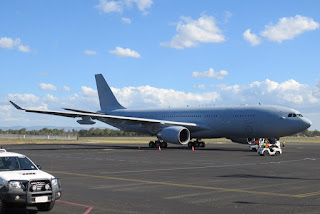 It reportedly brought over 200 United States Marine Corps personnel and equipment to Rocky.  It has been noted that there are upcoming activities associated with Integrated Sea and Land Series (ISLS) 2018 Exercises within the Shoalwater Bay Training Area (SWBTA) from the middle of May through to July.  The Marines are believed to be part of the annual Marine Rotational Force deployment to Darwin.  The Force is a Marine Air-Ground Task Force based at both RAAF Base Darwin and the nearby Robertson Army Barracks.

After some time on the ground, A39-005 was spotted departing Rockhampton Airport for RAAF Base Amberley. 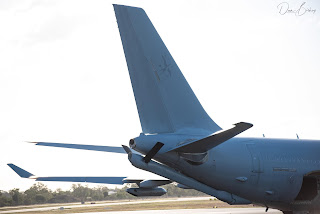 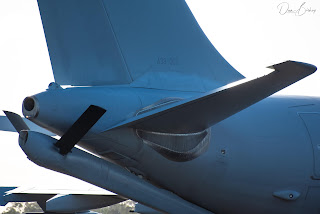 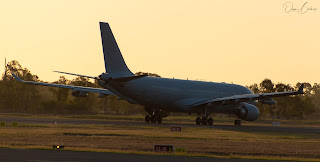 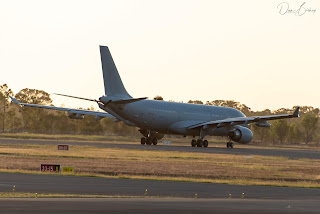 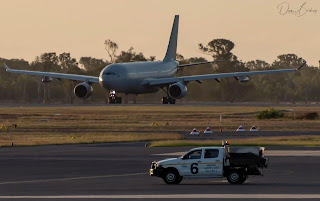 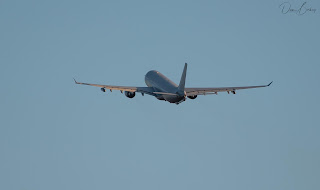 Meanwhile, also calling into Rockhampton Airport also on Wednesday 2 May was Australian Army NH Industries MRH-90 Multi-Role Helicopter A40-014 which was noted passing through Rockhampton Airport.  It looked to arrive from Townsville and later departed to Brisbane as "Pegasus 88". 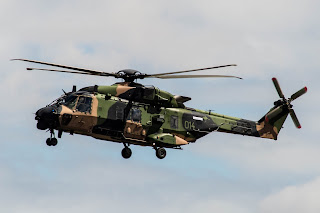 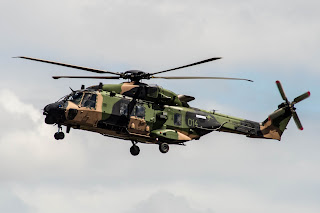 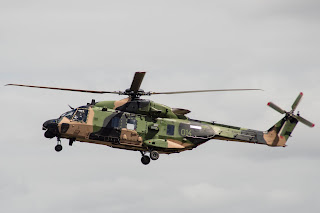 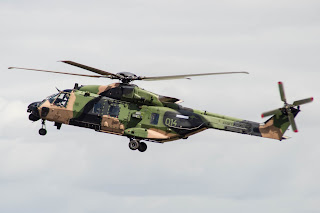 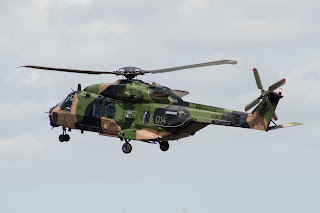 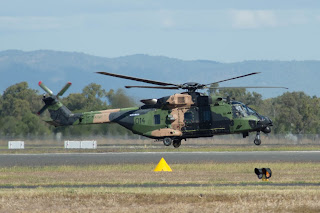 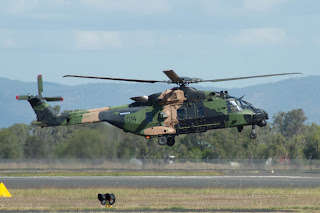 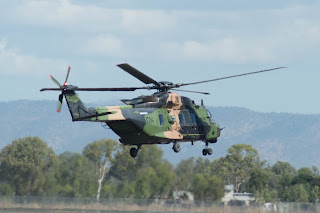 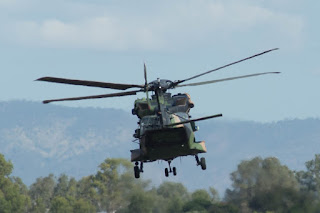 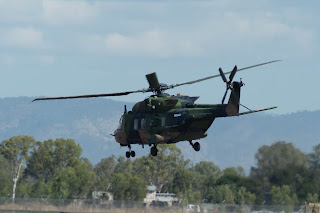 While fellow MRH-90s A40-008 "Destrier 74" and another unknown MRH-90 "Destrier 72" were noted calling into Proserpine (Whitsunday Coast) Airport, flying from and back to Townsville.

Sincere thanks to local plane spotters 'IAD', Scott H and Daniel B for taking the time to capture and send through these great photos and video!