Early on Sunday 6 May, a crew member was reported missing from a charter fishing boat in waters off the Capricorn Coast.  The crewman was from the Gladstone-based 23-metre 'MV Night Crossing'.  The ensuing search on Sunday covered a massive area around Swain Reefs, about 200 kilometres north-east of Yeppoon.

Four fixed-wing aircraft were reported to be involved in the search including Australian Maritime Safety Authority (AMSA) (Cobham SAR Services Pty Ltd) Bombardier CL-600-2B16 Challenger 604 bizjet VH-XNF "Rescue 550" which flew all the way up from its Melbourne (Essendon) base. 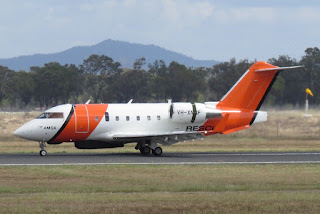 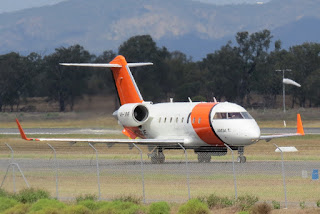 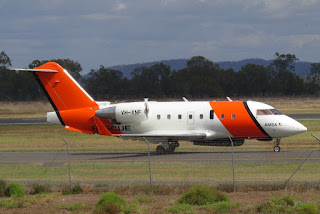 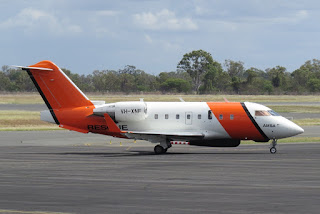 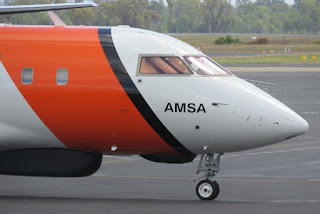 VH-XNF was photographed by local plane spotter 'IAD' as it called into Rockhampton Airport to take on fuel before it later re-joined the search.

VH-XNF landed again at Rockhampton Airport in the late afternoon before it was later noted returning to Essendon.

UPDATE!  We've also been advised that SG Aviation (of Victoria) Bombardier BD-700-1A10 Global Express XRS bizjet VH-SGA, which as reported above, also visited Rockhampton Airport on Sunday 5 May, flew a replacement crew into Rocky for VH-XNF from Melbourne (Tullamarine).  It later returned South and was noted heading towards Melbourne (Essendon).

Another aircraft reported to be involved with the search was Surveillance Australia / Australian Border Force (ABF) Cobham Aviation-operated Dash-8-315Q MPA VH-ZZG "Borderforce 66".  It was heard to later depart the search area and land at Mackay Airport.