As predicted, on Wednesday 23 May, Queensland Government (QGAir) Rescue (State of Queensland) Agusta AW139 helicopter VH-ESZ was spotted arriving into Rockhampton Airport from Townsville while ferrying South from Cairns to Archerfield. 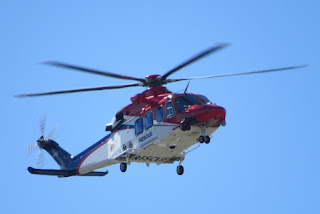 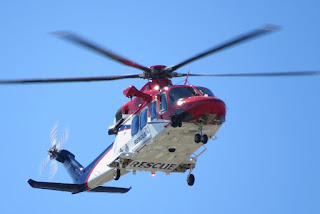 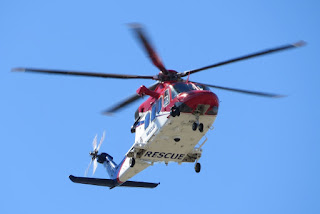 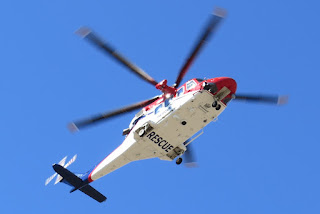 VH-ESZ is believed to have flown to Archerfield for planned maintenance after operating out of Cairns Airport for a period of time as "Rescue 510".  This is part of the 'rotational system' the service utilises to ensure the even distribution of flying hours on each of the QGAir Rescue helicopters.  This system avoids the need to have multiple helicopters offline for simultaneous scheduled maintenance.

As posted below, fellow QGAir AW139 chopper VH-ESH flew North to Cairns from Archerfield via Rockhampton Airport on Tuesday 22 May.

All photos taken by Kayanne Hardsman  ©
Posted by Damian F at 9:56 PM