A couple of busy days at Mackay and Proserpine (Whitsunday Coast) Airports over the early part of this week with the arrival and departure of two of the Queensland Government (State of Queensland) Airwing aircraft, along with the Queensland Police Service (Airwing) Cessna 560 Citation Ultra bizjet VH-PSU, and other aircraft, bringing the Queensland Premier and Cabinet Ministers, as well as support staff for what has been dubbed 'Governing from the Regions'.

The Government's Raytheon Hawker 850XP bizjet VH-SGY into Mackay Airport on Monday 21 May from Brisbane. 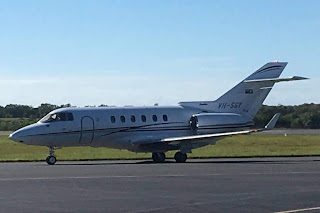 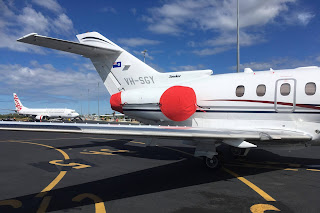 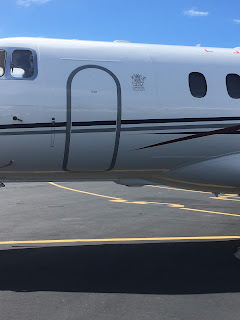 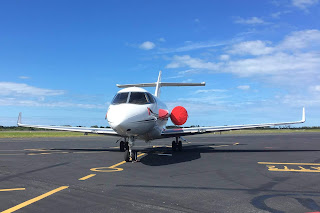 Even though most Government Ministers and the Premier remained in the region, VH-SGY later returned to the capital.

The Government's Raytheon B300 Super King Air VH-SGQ also arrived into Mackay Airport on Monday 21 May also from Brisbane. 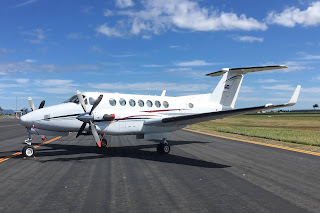 It continued to Proserpine (Whitsunday Coast) Airport on Tuesday 22 May, and at the time of writing, it was due to head to Townsville and then return to Brisbane on Thursday 24 May.

Finally, the Queensland Police Service (Airwing) Cessna 560 Citation Ultra bizjet VH-PSU also arrived into Mackay Airport from Brisbane on Monday 21 May before it later headed to Proserpine (Whitsunday Coast) Airport.  It was spotted (below) on Tuesday 22 May before it soon returned to Brisbane. 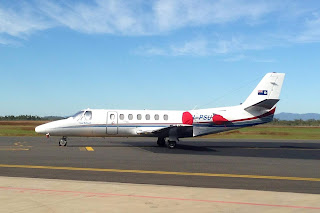 It appears that VH-PSU was utilised on prisoner transfer flights on Wednesday 23 May.

'Governing from the Regions' is an opportunity for the Queensland Government to meet local business owners, families and workers, and hear your ideas on how they can make the local area an even better place to live and work.