On Sunday 20 May, Machjet (Machjet International) Cessna 525 Citation CJ1 bizjet VH-SIY was spotted arriving into Rockhampton Airport.  It looked to touch down from its Sunshine Coast base. 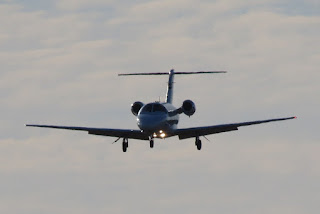 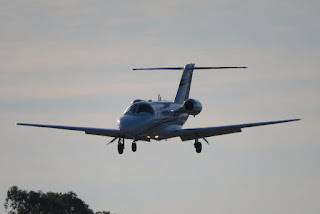 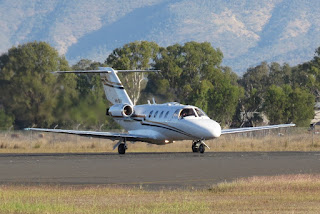 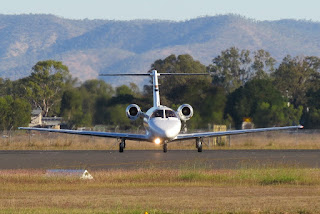 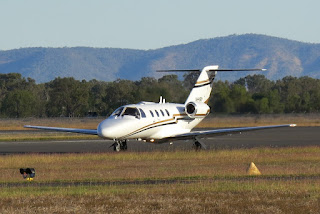 After collecting some passengers, VH-SIY appeared to return to the Sunshine Coast. 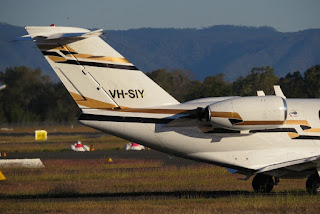 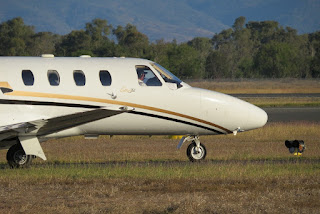 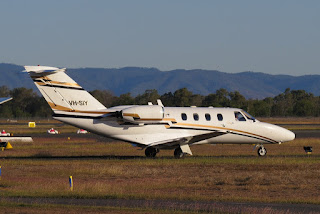 Meanwhile, out at Longreach Airport, also on Sunday 20 May, the familiar sight of Gulf Coast Aviation Cessna 510 Citation Mustang bizjet VH-KXM called in during a busy day of flying.  It initially looked to depart Vanrook Station (near Normanton) and head to Katherine (RAAF Base Tindal) and Cairns before touching down at Longreach Airport.  VH-KXM then returned to Vanrook Station.

And up in the Whitsundays at Hamilton Island Airport, also on Sunday 20 May, Mitchell Air / Australian Corporate Jet Centres' Cessna 680 Citation Sovereign bizjet VH-EXQ popped in, arriving from its Melbourne (Essendon) base via Sydney.  It then departed Hamo for Cairns before returning to Essendon.

Finally, on Saturday 19 May, a nice pair of local bizjets were also noted visiting Hamilton Island Airport.  Revesco Aviation (of Perth, WA) Embraer EMB-500 Phenom bizjet VH-PNM was noted arriving from Melbourne (Essendon) via Emerald Airport.  While Graham Aviation Cessna 510 Citation Mustang bizjet VH-FNI flew in from its Mareeba base via Cairns.  It later returned to Cairns and Mareeba.