On Friday 11 May, Beef Australia 2018 - Australia’s national beef expo - started to wrap up after a week of competitions, meetings, property tours and various displays including cooking demonstrations at the Rockhampton Showgrounds.  And at Rockhampton Airport, a couple of awesome Government bizjets were spotted calling in, while several of the light General Aviation (GA) aircraft and helicopters started departing back to their homes. 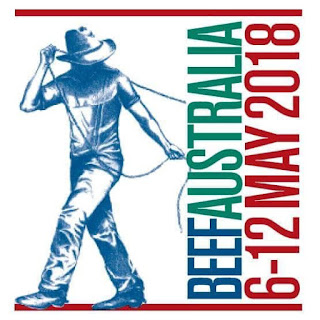 One of the bizjets that called into at Rockhampton Airport was Royal Australian Air Force (RAAF) Canadair CL-600-2B16 Challenger 604 bizjet A37-002. 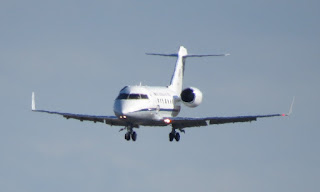 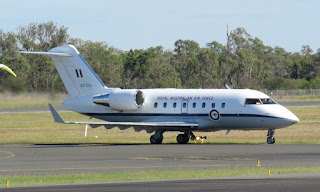 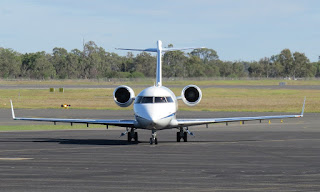 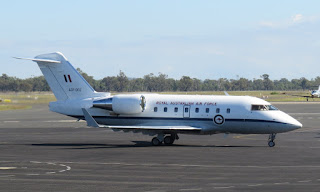 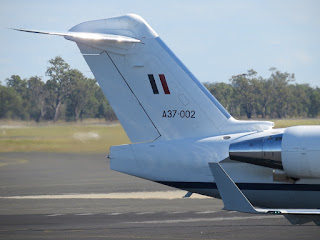 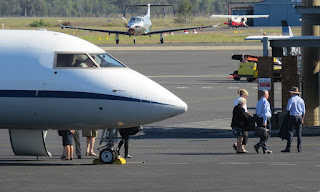 At the time of writing, the A37-002 remains parked at Rockhampton Airport.

UPDATE!  Early on Saturday 12 May, A37-002 looked to depart Rockhampton Airport for RAAF Base Amberley again as "Regent 45".

The other bizjet that called into Rockhampton Airport on Friday 11 May was Revesco Aviation (of Perth, WA) Embraer EMB-500 Phenom bizjet VH-PNM. 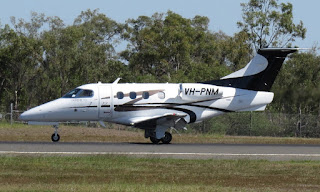 It is pictured above arriving into Rocky directly from Melbourne (Essendon).  After a short time on the ground, VH-PNM departed to Dubbo before returning to Essendon.

Some of the notable light General Aviation (GA) aircraft and helicopters that were noted visiting or departing Rockhampton Airport on Friday 11 May included Heli-Central (Emerald) Aerospatiale AS.350B2 Squirrel and Robinson R44 II helicopters VH-ZWL departing and then arriving back together after a property tour.  They had originally arrived into Rockhampton Airport late on the previous day.

Yet again, Brisbane-based Piper PA-31-350 VH-RPV arrived into Rockhampton Airport once again from Bundaberg Airport.  At the time of writing, VH-RPV has departed Rocky for Archerfield.

Brisbane-based Beech A36 Bonanza VH-RMM returned to Redcliffe after arriving from there during the week.

Daniel Livestock Cessna U206G VH-LAN arrived from and then later departed back to its Dalby base.

Aero Professional Services Piper PA-46-310P Malibu VH-BGK called back into Rockhampton Airport from its Emerald base after visiting last weekend.  It later returned to Emerald. 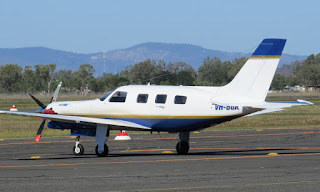 Amongst the departures, Dingo-based Mooney M20E VH-PMQ arrived into Rockhampton Airport from the West.

And finally, Brisbane-based Pilatus PC-12/47E VH-AAD visited Rocky once again, arriving from Archerfield and is heading back there at the time of writing.

Sincere thanks to local plane spotters Kayanne H and Trevor H, along with visiting spotter 'PBD', for supplying the photos and information in this post!