The familiar sight of both LifeFlight (Aeromed) LearJet 45 bizjets VH-VVI "Ambulance 451" and VH-CXJ "Ambulance 452" were both noted calling into various CQ Airports on Thursday 10 May over the latter part of this week. 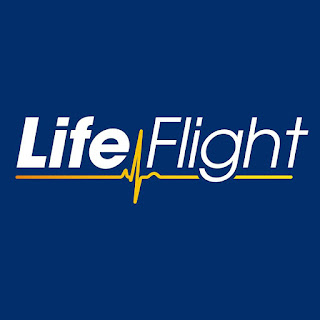 On Thursday 10 May, VH-VVI was noted departing Brisbane for Longreach Airport.  It then flew across to Rockhampton Airport before heading to Bundaberg Airport and then back to Brisbane.

UPDATE!  On Saturday 12 May, VH-VVI visited Mackay Airport flying from and back to Brisbane.