Yet another Royal Australian Air Force (RAAF) Lockheed C-130J-30 Hercules transport aircraft has been spotted calling into Rockhampton Airport presumably in support of a land/sea joint military exercise which is currently underway in the nearby Shoalwater Bay Training Area (SWBTA). 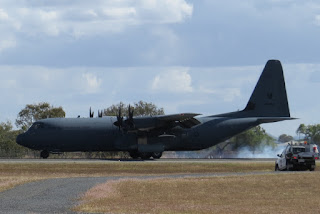 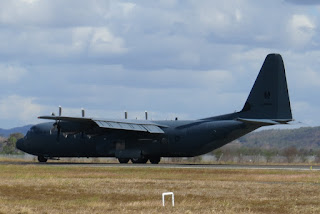 On Friday 25 May, C-130 Hercules A97-442 was spotted arriving into Rockhampton Airport from RAAF Base Amberley as "Trojan 66". 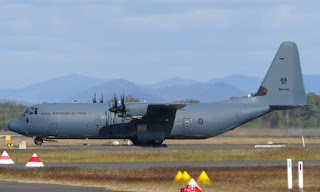 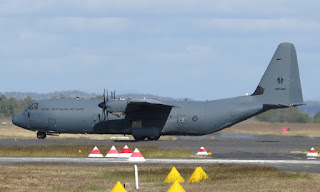 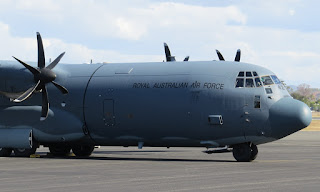 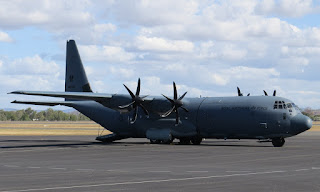 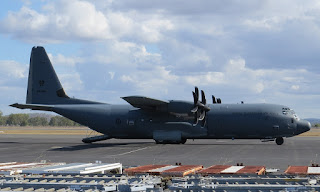 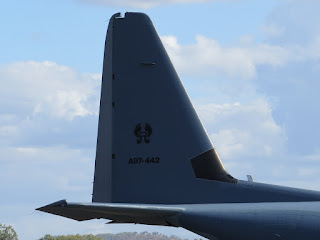 After looking to take on a load of personnel and equipment, A97-442 returned to Amberley.

Meanwhile, also on Friday 25 May, it appeared that one of the three visiting RAAF Pilatus PC-9/A aircraft that have been based at Rockhampton Airport for the exercise in Shoalwater Bay may have departed for good.  Using the radio callsign of "Raven 51", the PC-9 was heard to depart and by the time this is written, had not returned.