There have been a couple of surprise but most welcome visitors to Mackay Airport this week and local plane spotter 'JM' has been on hand to capture some of the action.

On Monday 7 May, QantasLink (Cobham Aviation) Boeing B717-200 VH-YQW was spotted soon after arriving on the early QJE1772/1773 rotation from and back to Brisbane.  It had done the same on Saturday 5 May and then again on Tuesday 8 May. 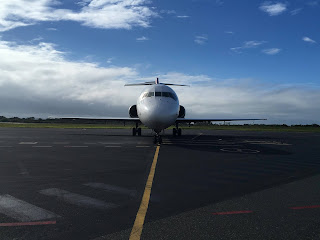 As shown in these photos, VH-YQW still wears its unique decals and is named 'The Tassie Devil'. 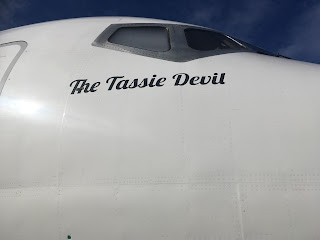 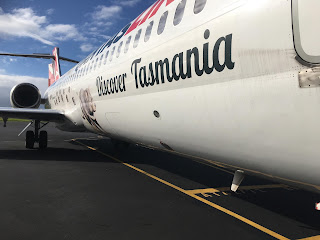 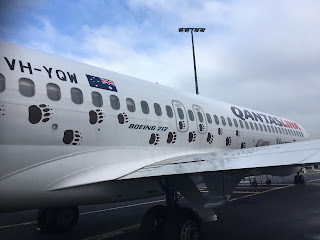 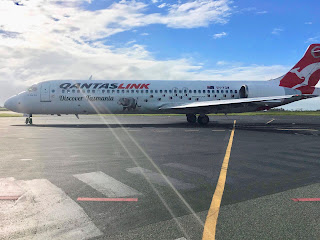 Meanwhile, also on Tuesday 8 May, Virgin Australia operated one of their two remaining Boeing B737-700 type aircraft into Mackay Airport with VH-VBZ operating the VOZ607/610 rotation from and back to Brisbane. 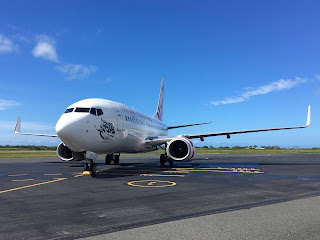 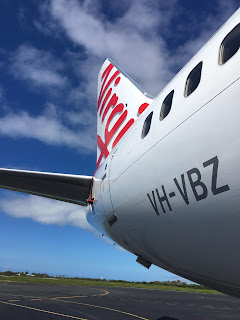 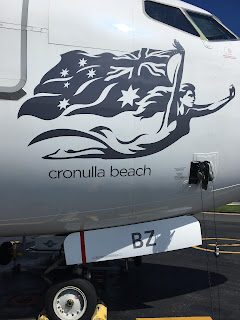 Both VH-VBZ and Virgin's other B737-700 VH-VBY are occasionally seen at CQ Airports rather than the larger B737-800 series.  They are configured with 128 seats across the airline's three classes - Business, Economy X and Economy.

Sincere thanks 'JM' for taking the time to capture and send through these great photos!