On Thursday 3 May, Royal Australian Air Force (RAAF) Beech B350 Super King Air A32-437 was photographed by local plane spotter Dave G at Maryborough Airport shortly after arriving from Townsville as "Dingo 43". 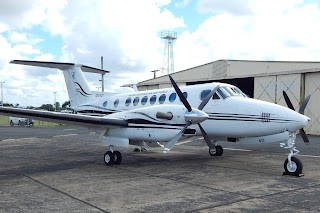 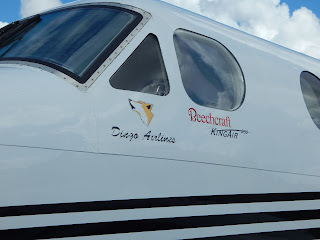 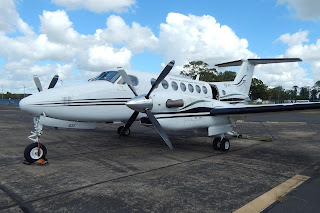 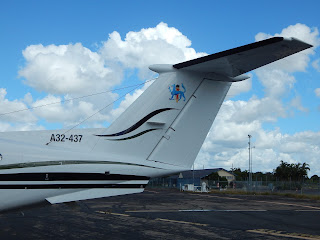 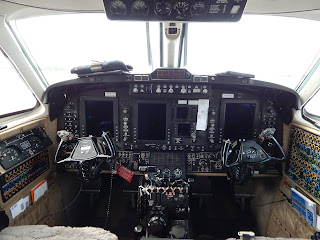 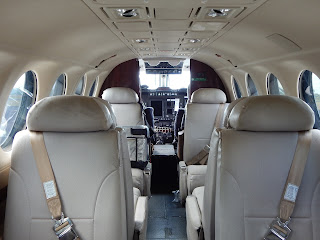 Operated by the RAAF's No. 38 Squadron out of Townsville, the Super King Air came to Maryborough to collect a banner that was used in local ANZAC Day commemorations. 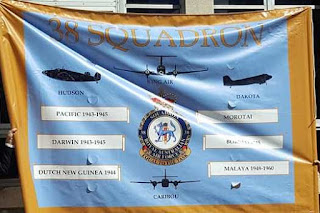 After a short time on the ground at Maryborough, A32-437 made the short hop to Bundaberg Airport before later returning to Townsville.

Meanwhile, David G - who happens to the work at Maryborough Aviation Services - also provides an update and photos of a couple of interesting recent visitors into Maryborough Airport.

On Wednesday 2 May, Toll Freight Aviation / Toll Express Metro 23 VH-UZN was photographed by David as it completed airwork at Maryborough Airport including several circuits with touch-and-go landings and missed approaches.  It flew in from and then returned to Brisbane and was heard to be flying as TFX502 / "Toll Express 502". 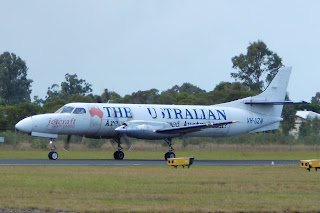 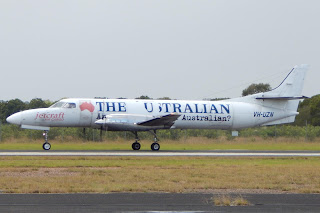 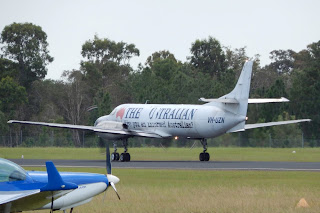 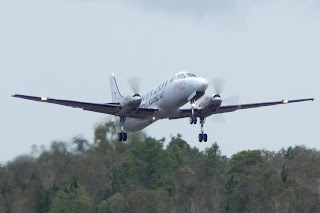 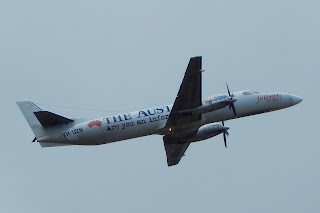 Amateur-built Van's RV-8 VH-FSX was also a recent visitor and was spotted resting in the midday sun.  It features an extended fuselage and turbo-charged engine.  Looks like fun! 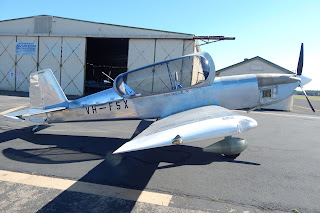 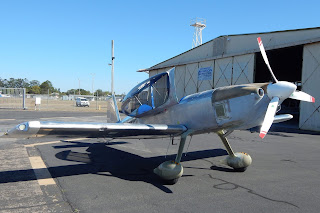 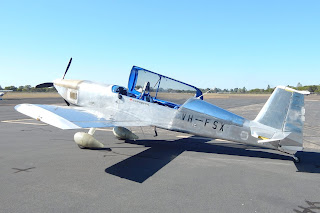 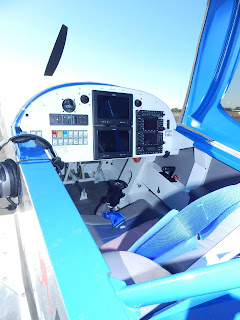 While Amateur-built SeaMax M-22 Amphib LSA E24-7874 visited the hangar during this week. 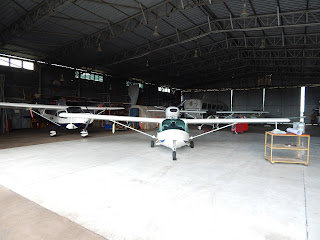 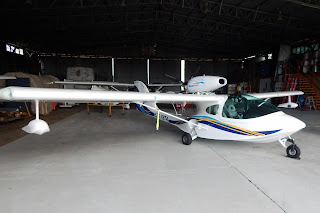 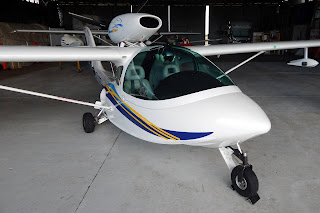 Sincere thanks to David G of Maryborough Aviation Services for providing the information and photos some great visitors at Maryborough Airport.