On Thursday 3 May, Falconair Dassault Aviation Mystere-Falcon 20-F5 bizjet VH-FAI was spotted at Mackay Airport.  It had earlier arrived from the Toowoomba Wellcamp Airport where it had arrived from Sydney the day before. 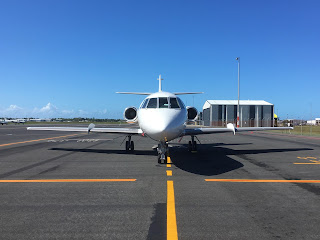 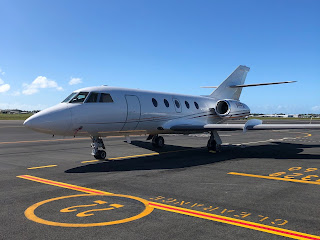 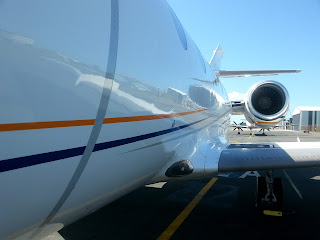 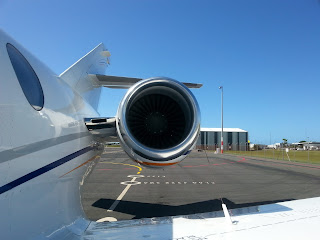 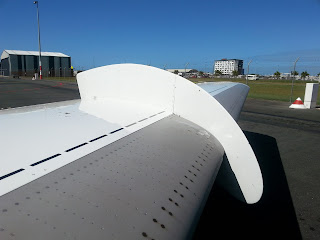 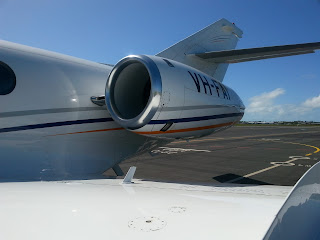 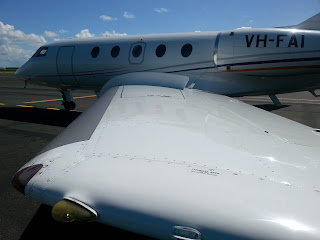 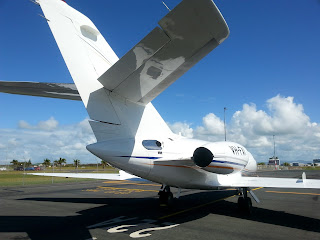 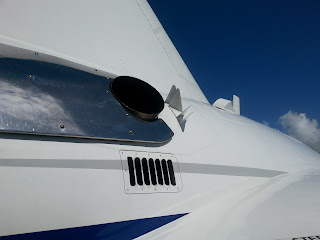 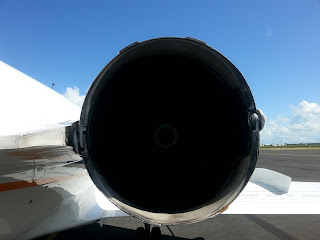 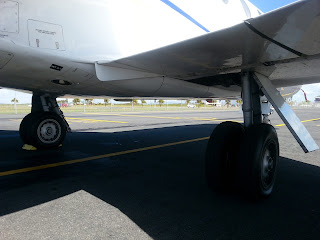 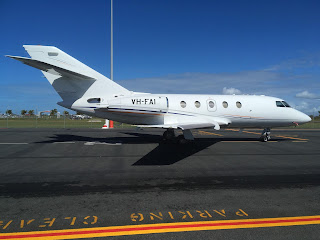 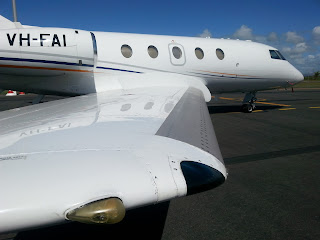 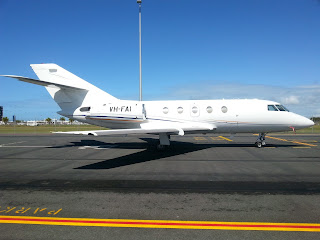 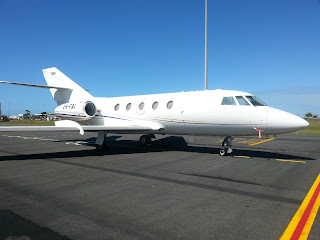 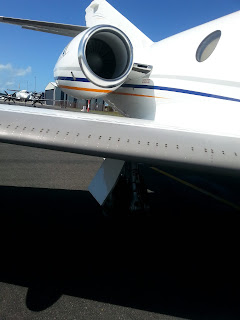 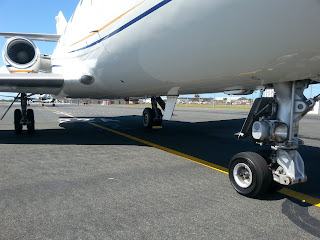 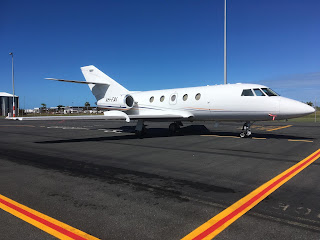 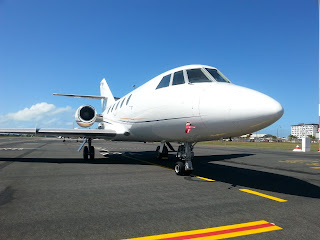 After spending a few hours parked on the Western General Aviation Apron (WGA) as shown, VH-FAI was noted departing to Port Macquarie in New South Wales.

Meanwhile, another couple of familiar Australian bizjets have been also noted calling into parts of Central Queensland over the last couple of days.  Mackellar Mining Equipment / Flight Options (Australia) Cessna 560 Citation Ultra bizjet VH-MMC was noted arriving into Emerald Airport from its Sunshine Coast base on Tuesday 1 May.  After overnighting, VH-MMC then continued to Proserpine (Whitsunday Coast) before finishing the day at Biloela / Thangool Airport.  Then on Thursday 3 May, VH-MMC departed Bilo and returned to the Sunshine Coast.

While also on Thursday 3 May, Vanguard Aviation Cessna 525 CitationJet1 bizjet VH-DAA was noted visiting Rockhampton Airport.  It arrived from and later departed back to its Archerfield base.

Finally, LifeFlight (Aeromed) LearJet 45 bizjet VH-CXJ "Ambulance 452" was noted at both Mackay and Rockhampton Airports during the evening on Wednesday 2 May.  It originally called into Mackay Airport from Townsville before continuing to Rockhampton Airport and then Brisbane.  VH-CXJ then returned to Mackay Airport from Brisbane before departing back to Townsville - now in the wee small hours of Thursday 3 May.