On Tuesday 15 May, a third Royal Australian Air Force (RAAF) Pilatus PC-9/A aircraft was spotted arriving into Rockhampton Airport.  It was identified as A23-031 and it was heard to fly into Rocky from the South as "Raven 23". 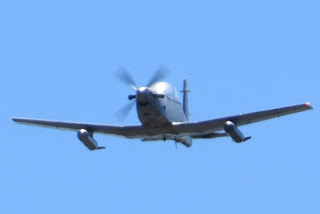 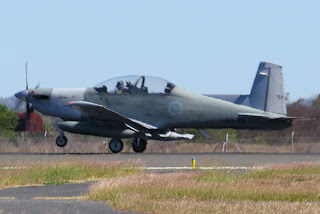 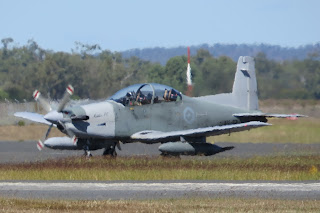 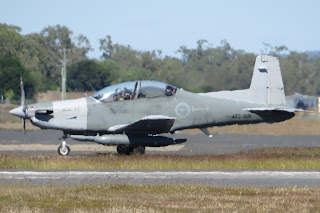 Meanwhile, it appears that the land/sea joint-military training exercise has kicked-off in the Shoalwater Bay Training Area (SWBTA) with existing two RAAF Pilatus PC-9/A aircraft that arrived into Rockhampton Airport over the weekend also taking to the air this week to complete their first sorties.

As mentioned below, the two PC-9s were identified as A23-020 and A23-022 and have been heard to complete sorties this week using the radio callsign of "Reaper". 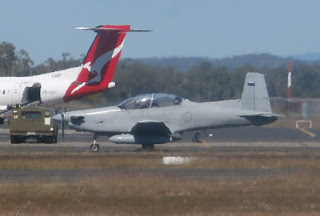 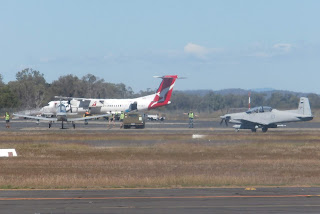