A great afternoon for plane spotters at Gladstone Airport with a jet visiting from each RPT operator into the industrial city on Sunday 7 December.  And local plane spotter Anthony S was on hand to capture some of the action! 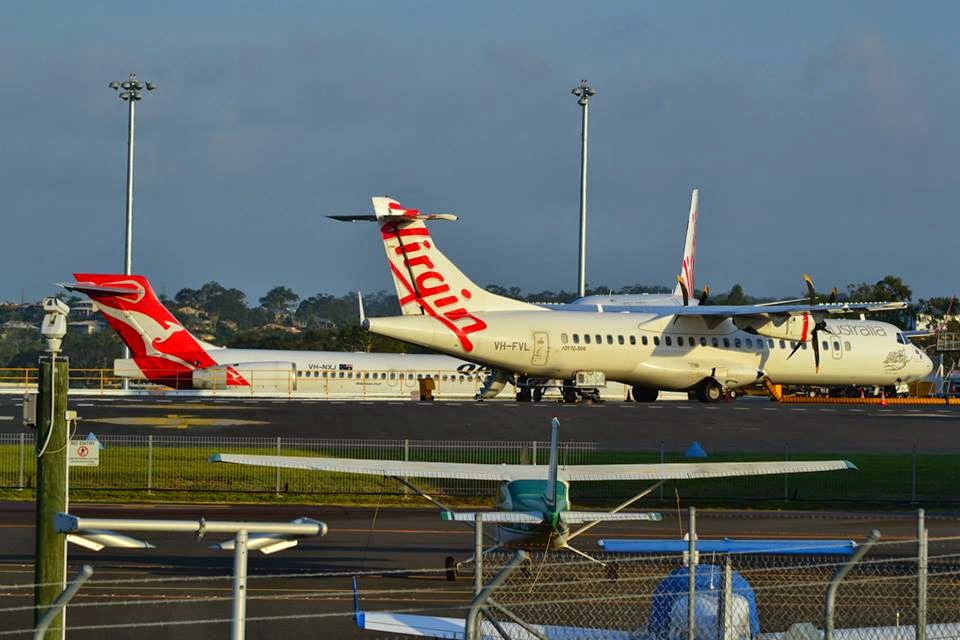 Firstly, Virgin Australia Embraer E-190 VH-ZPB made another visit to Gladstone, again operating the afternoon VOZ1717/1720 scheduled service from and back to Brisbane. 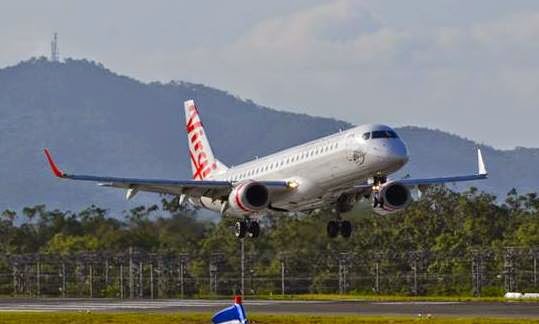 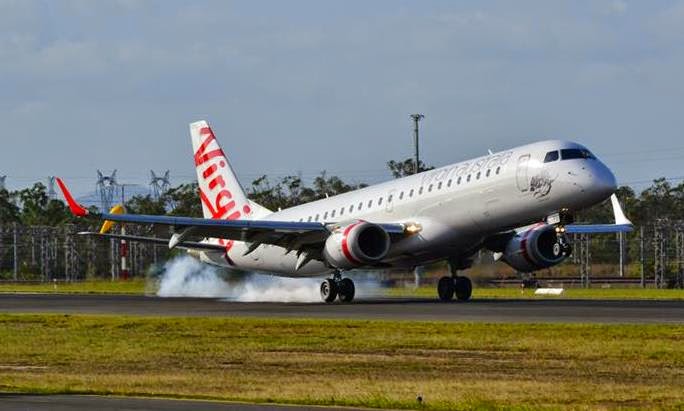 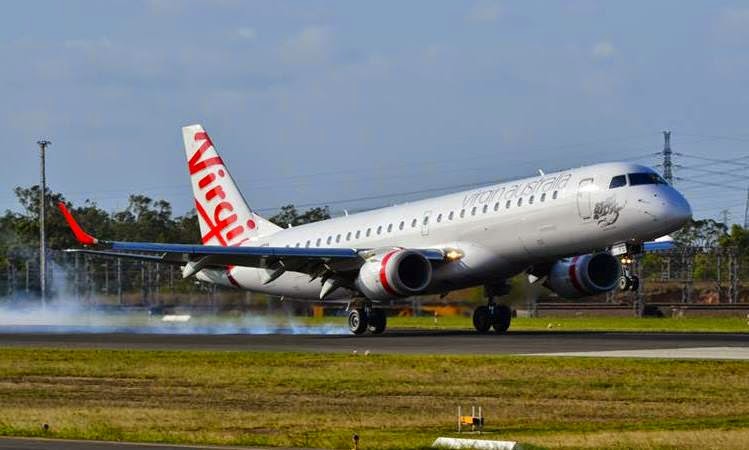 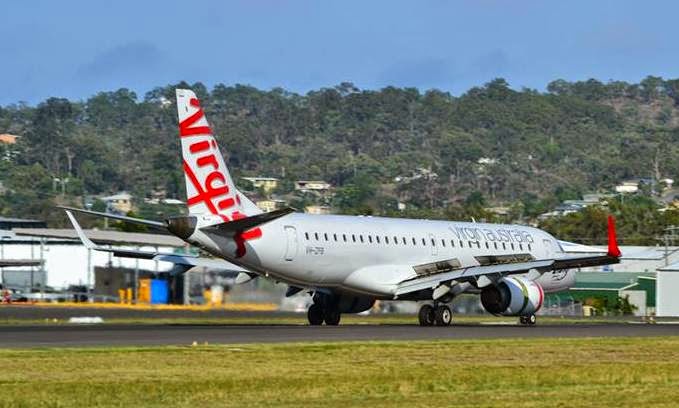 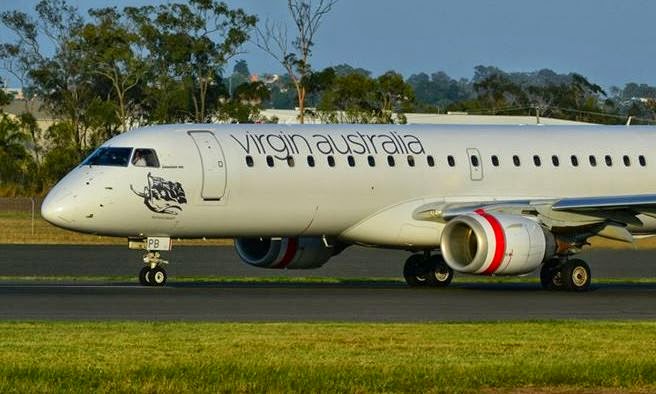 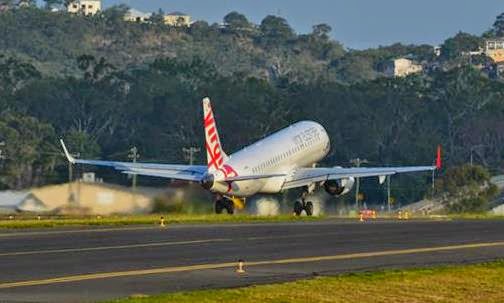 The Virgin Embraer jets seem to be operating each Thursday and Sunday afternoon.

Shortly after the Virgin jet arrived, JetGo Australian Embraer E-135 VH-JGB also touched down at Gladstone Airport - rather surprisingly given weekend services weren't due to commence yet.  It was operating the JG78/79 service from and back to Sydney. 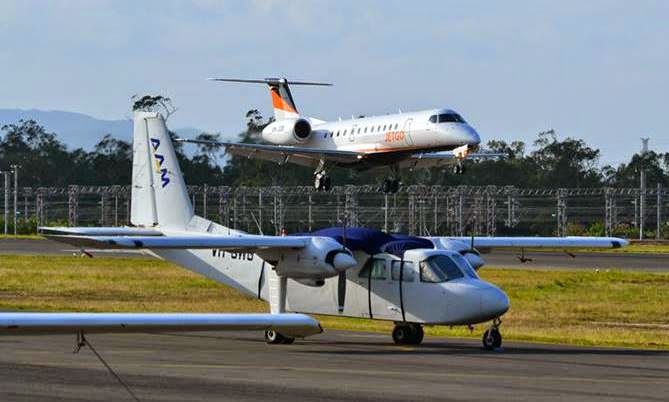 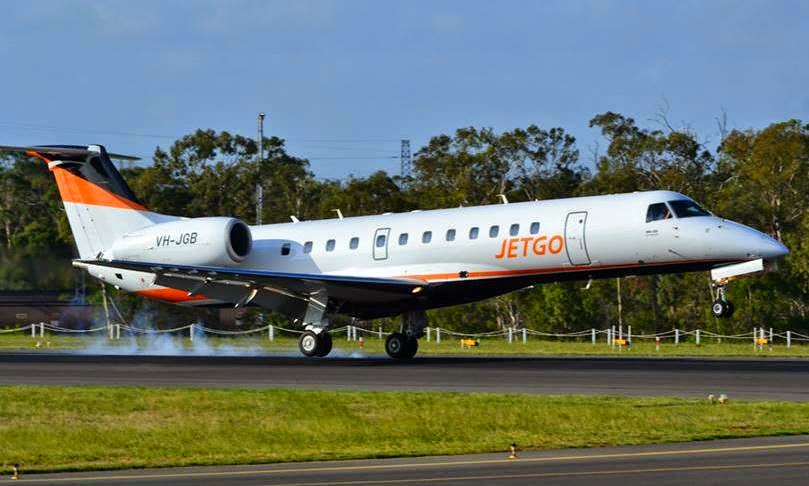 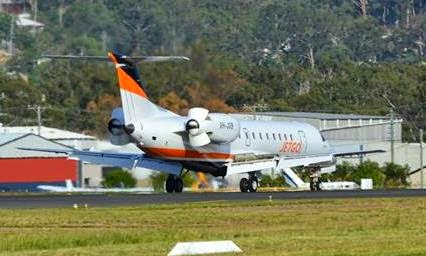 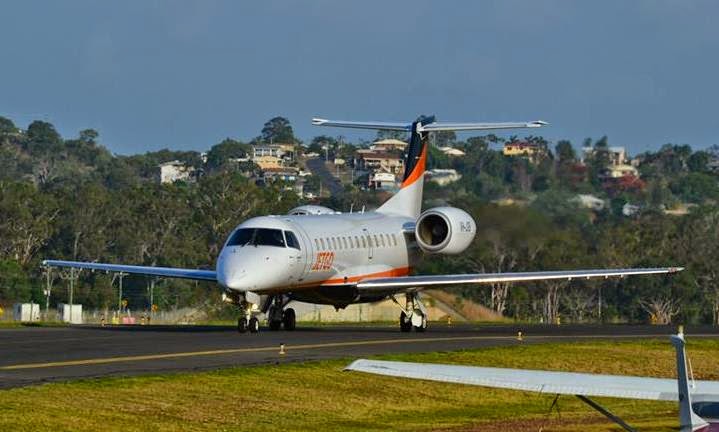 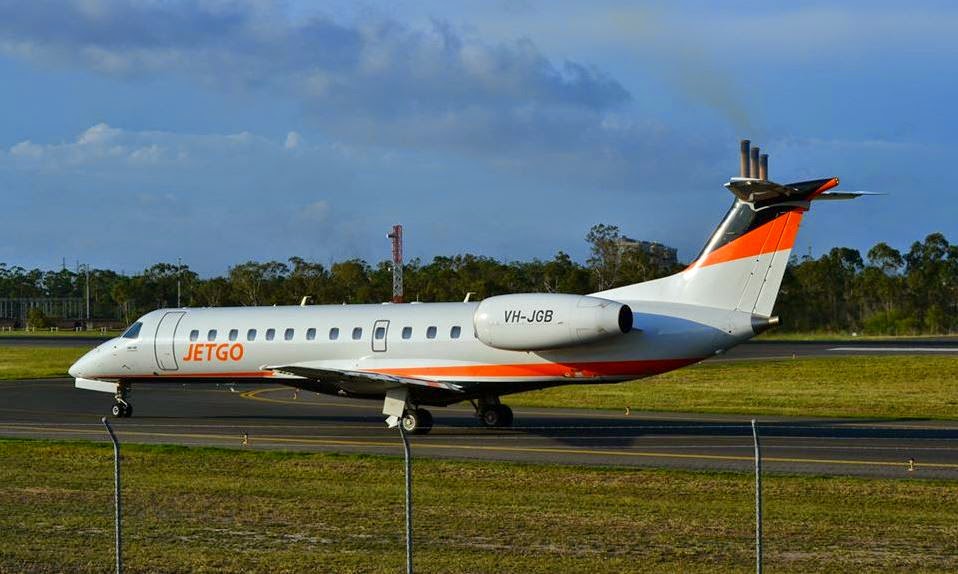 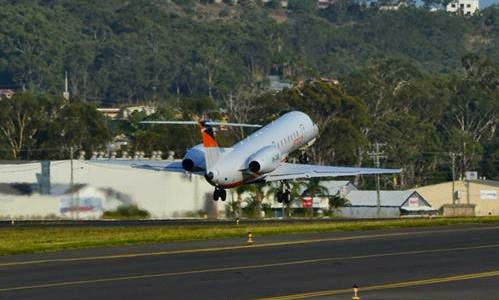 And finally, making it a trio of jets, the usual QantasLink (Cobham Aviation) Boeing B717-200 VH-NXJ touched down from Brisbane as QJE1716.  It departed back to Brisbane a little later as QJE1717. 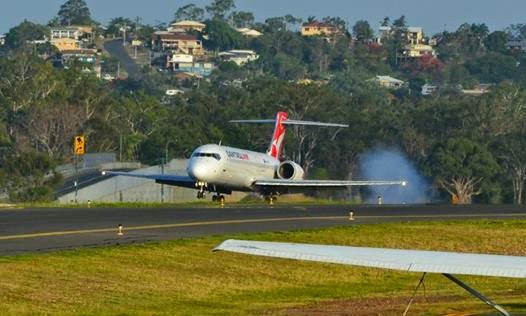 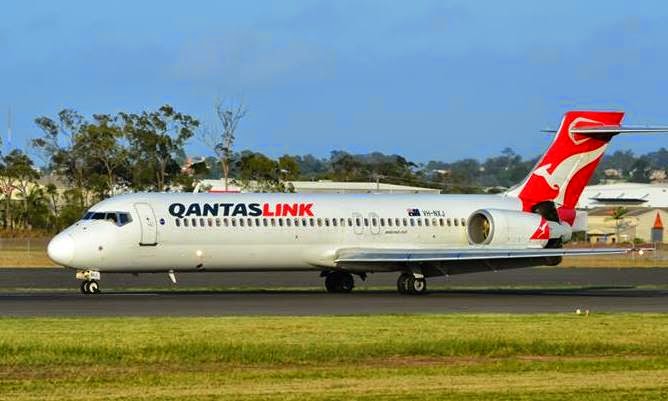 While he was at Gladstone Airport, Anthony also captured Virgin Australia Regional Airlines (VARA) ATR 72-500 VH-FVL as it touched down from Brisbane as VOZ1713. 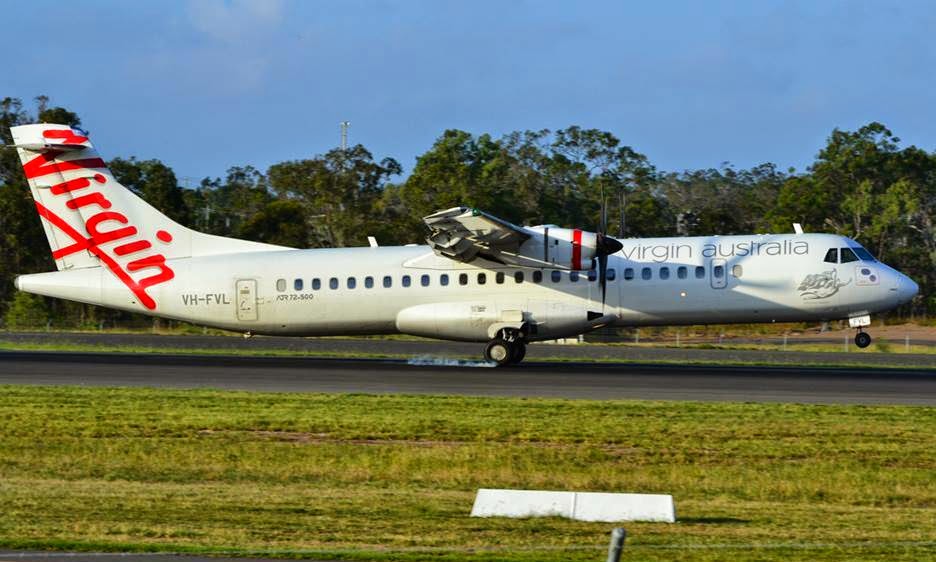 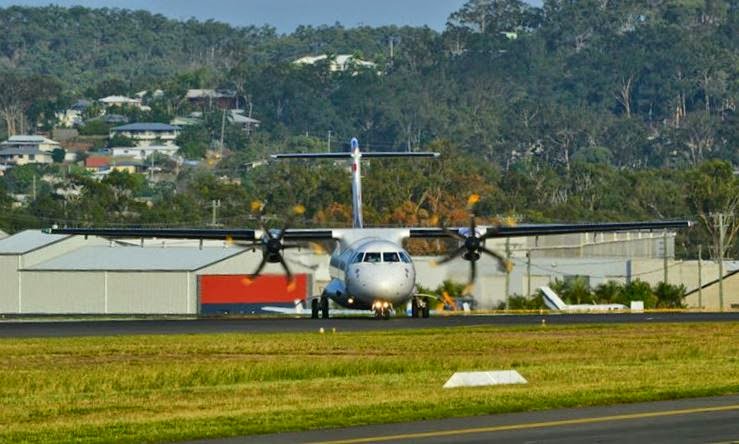 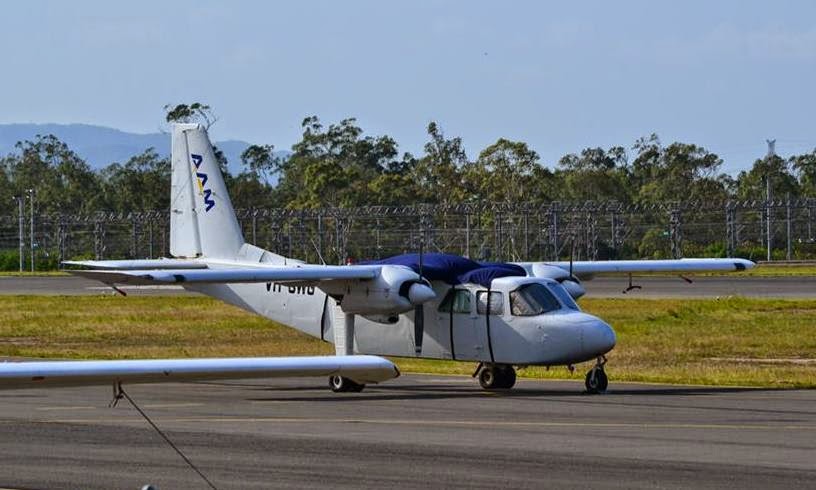 Certainly a great afternoon of plane spotting!  Thanks to Anthony for allowing us to share his great photos!

All photos taken by Anthony Schulz  ©
Posted by Damian F at 9:25 PM