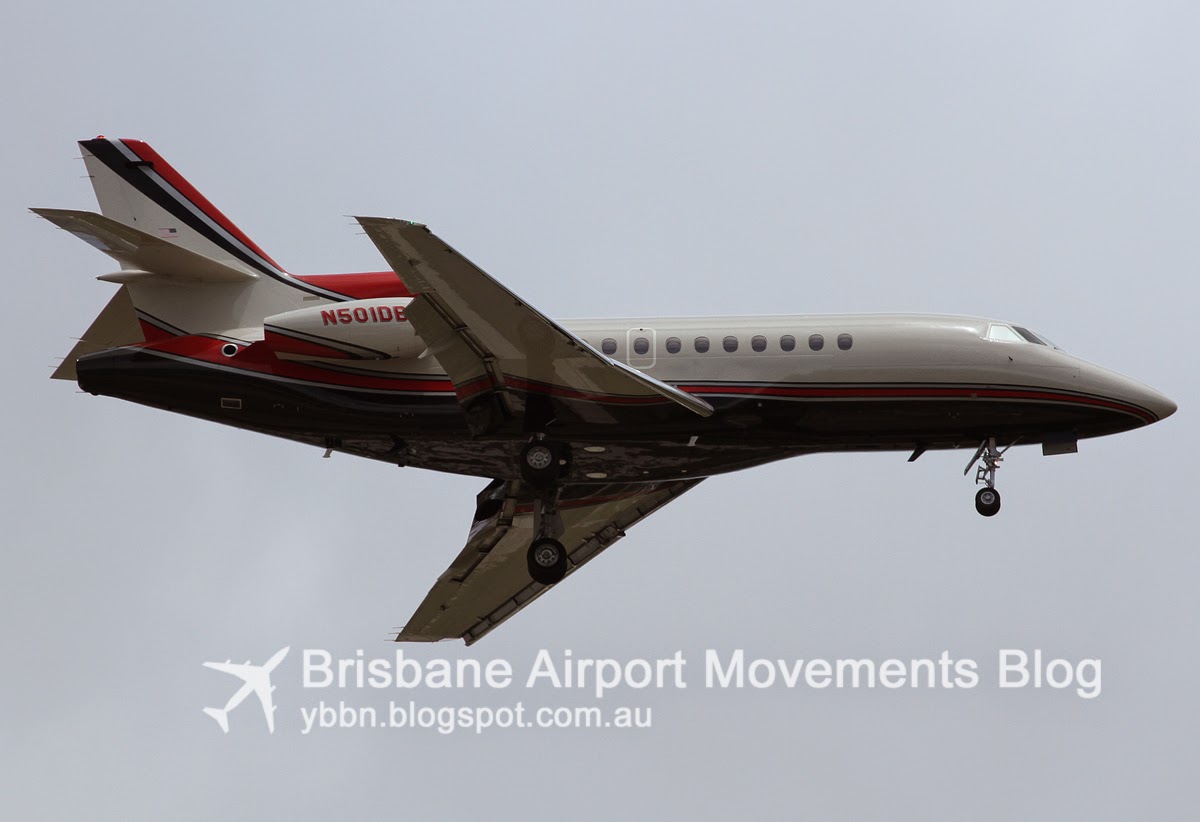 N501DB was captured by team at the Brisbane Airport Movements Blog as it arrived from overseas.  It subsequently departed to Hamo.

Also believed to have touched down at Hamilton Island Airport later on Sunday 7 December was Cessna 680 Citation Sovereign VH-VPL which flew up from its Gold Coast base and soon after returned there.

Thanks to the Brisbane Airport Movements Blog for allowing us to share their great photo of a great little bizjet!
Posted by Damian F at 8:13 AM