JetGo Australia has launched their brand new RPT flights with Embraer E-135 VH-JGB touching down at Gladstone Airport from Sydney as JG70 early on Monday 1 December.

A few plane spotters and other curious locals - including Michael F - turned out to capture the moment, with a pair of the Gladstone Airport Aviation Rescue Fire Fighting service tenders giving the Embraer a traditional water canon salute as it taxied to its gate. 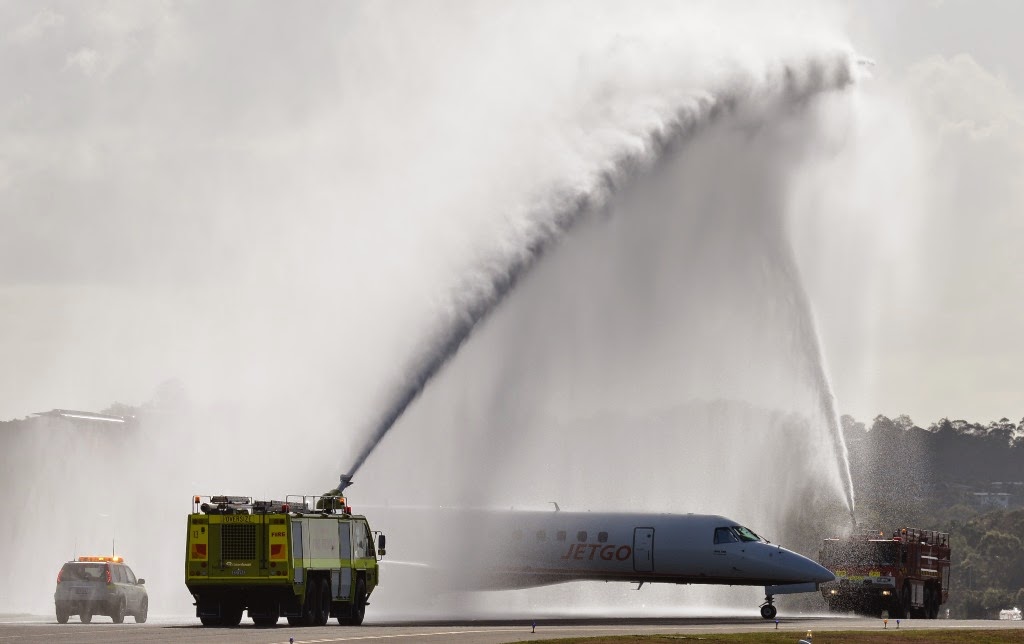 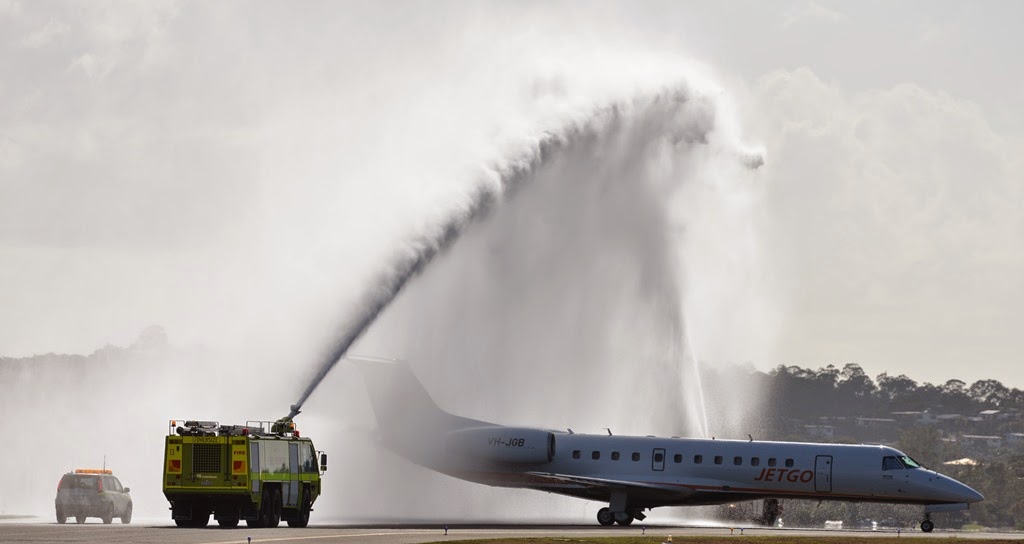 After unloading the passengers on the inaugural inbound flight - including a couple of enthusiasts - VH-JGB was immediately loaded with the first outbound passengers and bags destined back to Sydney as JG71.

The new Sydney to Gladstone run will initially operate twice daily on weekdays only.

VH-JGB returned to Gladstone Airport later in the day operating the JG78/79 service from and back to Sydney.

We wish JetGo all the very best in this new venture!

Sincere tanks to Michael and Col for sending through and allowing us to share these fantastic photos of an historic day for CQ and Australian aviation!

Photos taken by Michael Fleetwood and Col  ©
Posted by Damian F at 7:23 PM